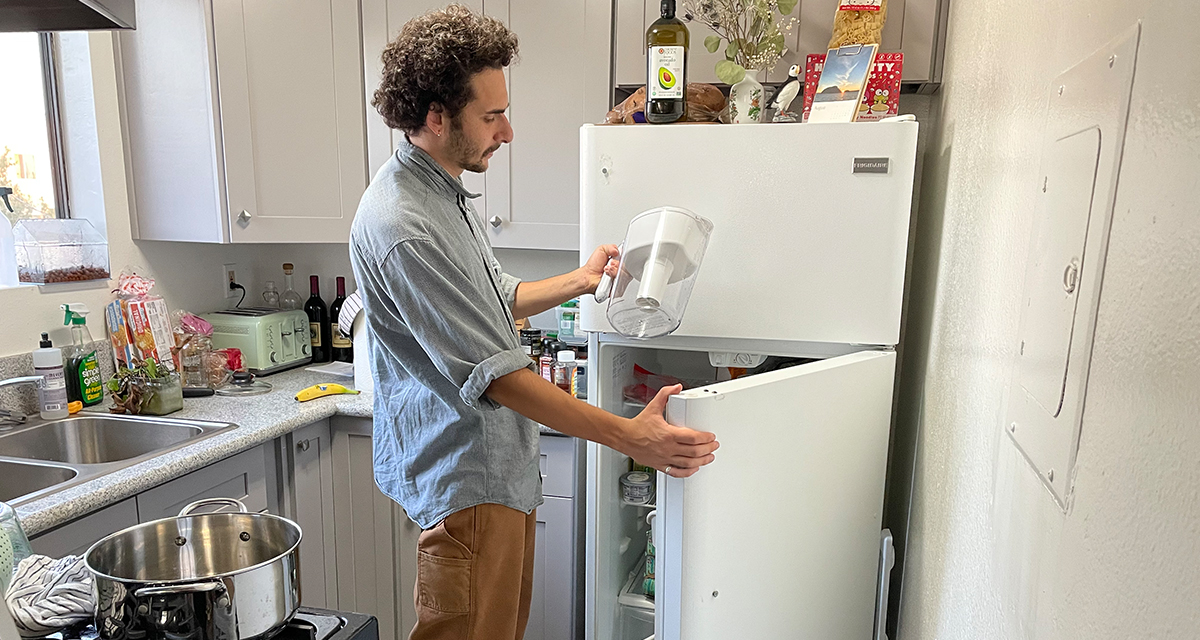 WHITTIER, Calif. — Three roommates in southern California enacted extreme water rationing measures to avoid being the one having to refill their shared Brita filter, desiccated and stubborn sources confirmed.

“Things have been really tough lately. Everyone’s really parched, our skin looks terrible, and you can’t even imagine the pain of trying to power through cottonmouth after hotboxing Chad’s Scion,” said roommate Garrett Doherty. “Friends and family have been concerned that we are taking our water conservation too seriously because of the drought. But I’ve just been avoiding drinking water so I don’t have to refill the Brita. I may be in the early stages of kidney failure, but at least I’m not standing by the sink like a dipshit waiting for the Brita’s water reservoir to fill up. Fuck that, I’d rather die.”

“Garrett and his friends are going to crazy ridiculous lengths to not spend 30 seconds providing fresh, clean water for their home. Instead, they’re using eye droppers to ration out what little is left in the Brita, and ringing out bath towels into their mouths after each shower,” said Fulton. “And it’s not just the water. Everyone in this house lets the trash pile to the ceiling, the dishes fester and grow mold in the sink, and the less said about the creative ways they avoid replacing the toilet paper, the better.”

Representative for the Los Angeles County Waterworks, Lena Beil, explained how despite their incidental efforts, the roommates use significant amounts of water.

“Even without drinking any water, as well as never flushing the toilet until their dark yellow urine attracts house flies the size of golf balls, these three morons are some of the most egregious water wasters I’ve ever seen in my decades-long career,” said Beil. “While admittedly, their DIY, garbage bag slip ‘n slide down the basement steps does seem like a blast, it needs to end. Because if regular, low tax bracket folks like them don’t conserve water, how will Los Angeles area celebrities be able to maintain their tranquil fountains and lavish infinity pools?”

At press time, the roommates resorted to buying tickets to local music festivals as a means to sneakily cut open strangers’ CamelBaks and drink water from them like a sliced open cactus.