Breakthrough: Panic Attack About Something Real This Time 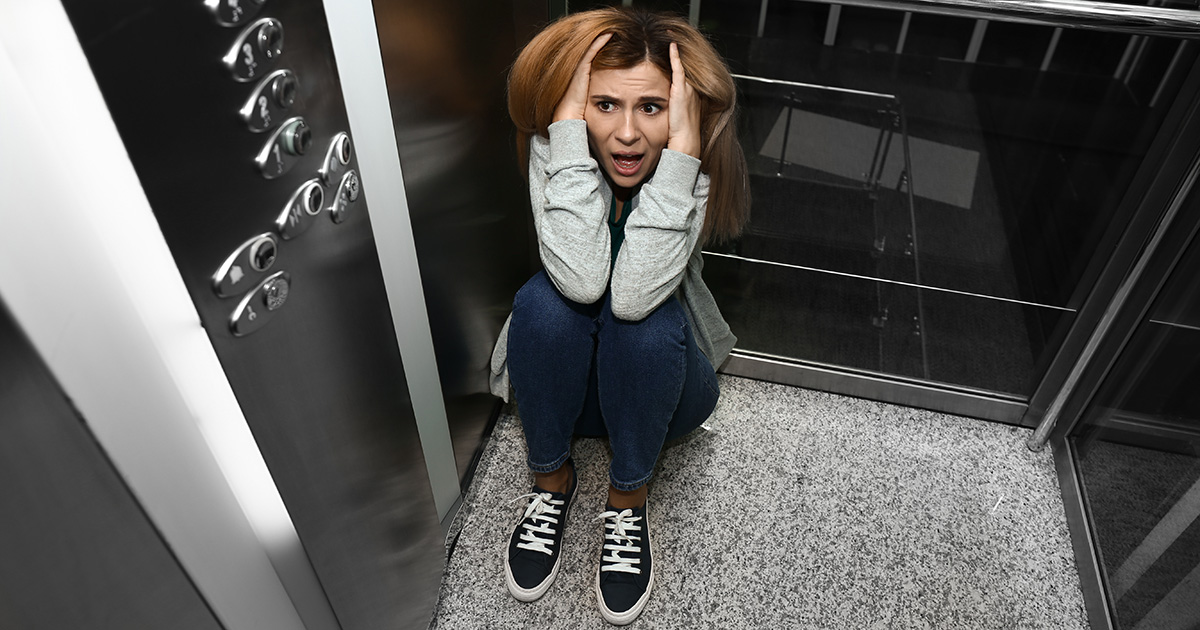 BOSTON — Local woman Ava Rivera experienced what she believed to be a breakthrough last week after suffering her first panic attack about something realistically terrifying, a source confirmed.

“I was riding the elevator to my office when it happened. I noticed the lights start to flicker. Suddenly, the cab went dark and I swear I felt the floor shift under me. I started to tremble as I pictured the support cables giving out. I imagined dropping 30 stories to my death,” she said, reliving the horror. “As terrifying as it was, it was actually kind of a relief to possibly be faced with the thing I was absolutely hyperventilating over. I’ve spent so much time giving my energy to the impending sense of doom that comes with, I don’t know, geomagnetic reversal kicking in overnight, that I’d forgotten what it feels like to worry about falling down an elevator shaft at top speed. I’d be lying if I said it wasn’t kind of refreshing.”

“I usually have to pretend I understand what she’s upset about and make some sort of face or reassure her that a tidal wave isn’t going to carry everyone away and our dog isn’t going to die from starvation after getting locked inside the house, but this one I get,” said Roy. “Her other ones, like how reinforced concrete is reaching its 50-year lifespan and every skyscraper is about to crumble… I mean, come on. Or like when she’d get all worked up detailing the impending plague that would wipe out… actually, I might owe her an apology on that one.”

Korbyn Ryerson, a cognitive-behavioral therapist who has been seeing Rivera for years, didn’t seem as thrilled as Roy.

“I think it’s splendid that Ava is starting to overcome some of her more creative triggers. While I don’t know if I feel comfortable calling this a ‘breakthrough,’ I have to admit, the idea of plummeting to my death would probably ruffle my feathers too,” he said. “Though it would be lovely if this means a tad fewer canceled appointments due to scenarios like solar storms devastating the electrical grid. I mean, scientists say we’d only get a 15-minute warning, not even enough time to react before society descends into absolute chaos, so keep counting the ridges on that quarter and just walk your ass over here.”

At press time, Roy was forwarding his girlfriend an article about climate change, hoping he and Rivera could bond over the horror of it.