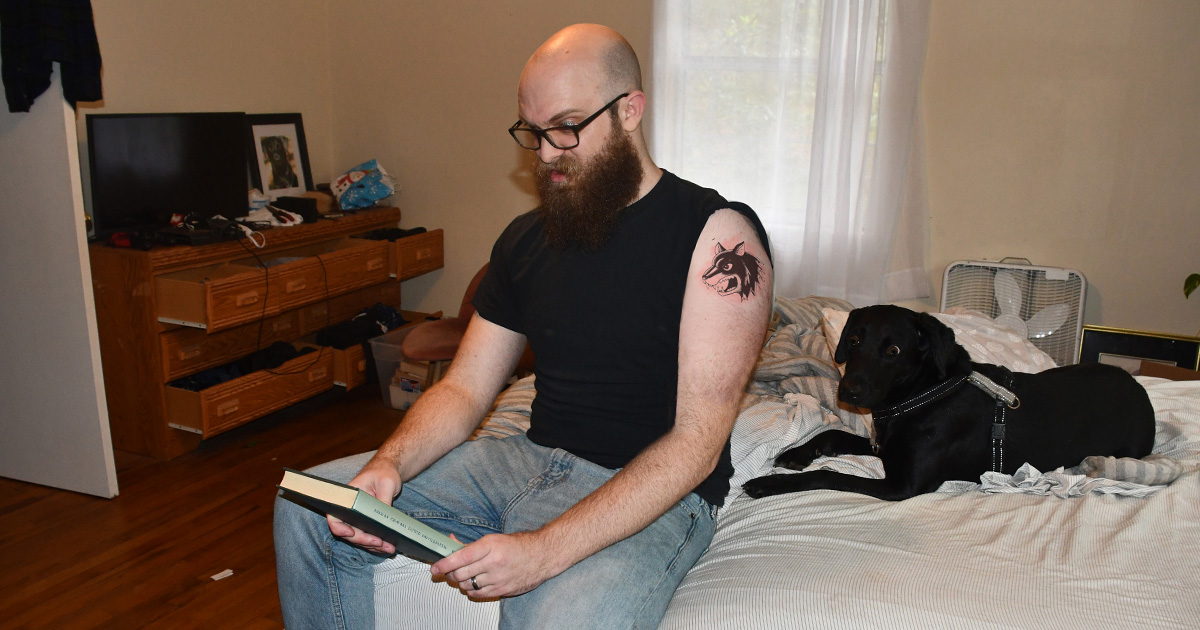 NORWELL, Mass. — Local punk Andy Walsh was shocked to discover that a coffee table book featuring various Russian prison tattoos randomly appeared on his bed seconds after getting his first stick and poke tattoo, confirmed sources who think they know what each tattoo represents.

“We were a little drunk and started fucking around in the kitchen giving each other some tattoos and I heard a bang come from my bedroom. Out of nowhere, there was a book that explains the meaning of Russian prison tattoos just sitting on my bed with a little bit of smoke drifting off of it,” said Walsh while cautiously flipping through the pages. “I feel like this book found me at the exact right time. I’m already making notes of what my next tattoo will be. I need a couple of those eight-pointed stars because I steal toilet paper from my work all the time and I want a dagger through the neck because if I had ever been to prison I probably would have killed someone.”

One of Walsh’s roommates, Eddy Coughlin, was visibly upset by the arrival of the book.

“Three years ago I was the first person out of our friend group to get a tattoo, I thought it would be cool to get barbed wire around my thigh. When I got home that night, do you know what was on my bed? It wasn’t a badass book of Russian tattoos, it was a catalog for security fences and razor wire from 1983,” said Coughlin. “Nobody thought it was cool, everyone just assumed I found the catalog in a free pile on the road or something. The crazy thing is no matter how hard I try to get rid of it the thing always comes back. I’m stuck with this bullshit catalog forever, but at least I always have something to roll joints on, I guess.”

“I’ve talked to hundreds of major and indie book publishers and not a single one of them has ever knowingly printed a book of tattoos,” said Hensley. “So where the hell are they coming from? Nobody knows. Book stores make sure to keep shelf space empty around tax season because they know that those shelves will magically fill with books to provide ideas to young people looking to permanently mark their bodies with their tax return money.”

At press time, a team of paranormal investigators was trying to solve the mystery of why every teenage boy wakes up with a copy of Kurt Vonnegut’s “The Slaughterhouse-Five” under their pillow on their sixteenth birthday.