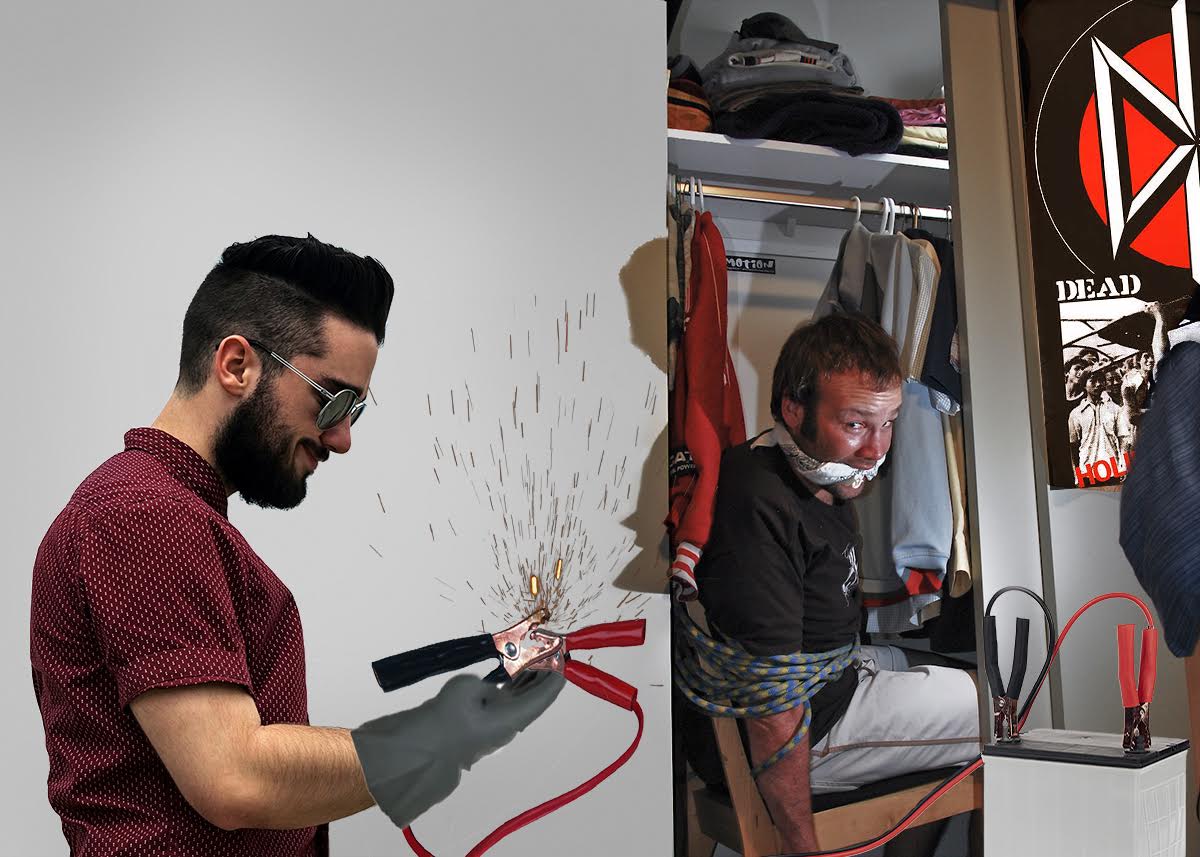 High Court Of Punk Opinion –– An investigation into the notes kept by James Berge, blogger and bearded man, has brought to light the horrifying details of his alleged use of enhanced Q&A techniques on interviewees of musical importance to the scene.

Berge has adamantly denied any involvement in the allegedly brutal, inhumane efforts to squeeze memorable tour moments or band name origin stories out of local musicians in the past, but this morning was his first time standing trial for the charges.

“I have no knowledge of these events,” Berge said at his scene crucifixion ceremony, hosted on the Facebook status of a rival blogger. “Anything I did do, I did for the sake of national scene scrutiny, and the information that may or may not have been extracted foiled plots for the formation and spread of several grindcore bands.”

When pushed on the topic and confronted with the allegations that he once hung a blind-folded drummer upside down for hours until he named every single influence he ever had, Berge pushed back.

“We did what we had to do to keep the scene safe,” Berge responded. “We followed orders.”

Related: Band Member Frantically Asking What Song Is Next

But the tide turned against Berge when the prosecution mob introduced a previously unheard tape before the fanatical, like-minded jury of his Facebook peers.

Berge: Hey man! Thanks for doing the interview. So how’d you come up with your band name?

[NAME REDACTED]: No problem! Tied Down? Well, we were all just at Taco Bell talking about how much we love that song and figured what the hell — why not?

Ha, no really, where’d you get your band name?

What do you mean? Timmy was just like, “Yo, we all love NA lets be called Tied Down.”

OK, that’s how you’re going to play it.

[abrupt noises, sound of a struggle]

Where’d you get the name, mother fucker!? [loud noises, screaming] Tell me where you got the name or this pinky is coming off.

Oh you want to play hard ball? [crackle of sparks and electricity in the background] Maybe this will jog your memory!