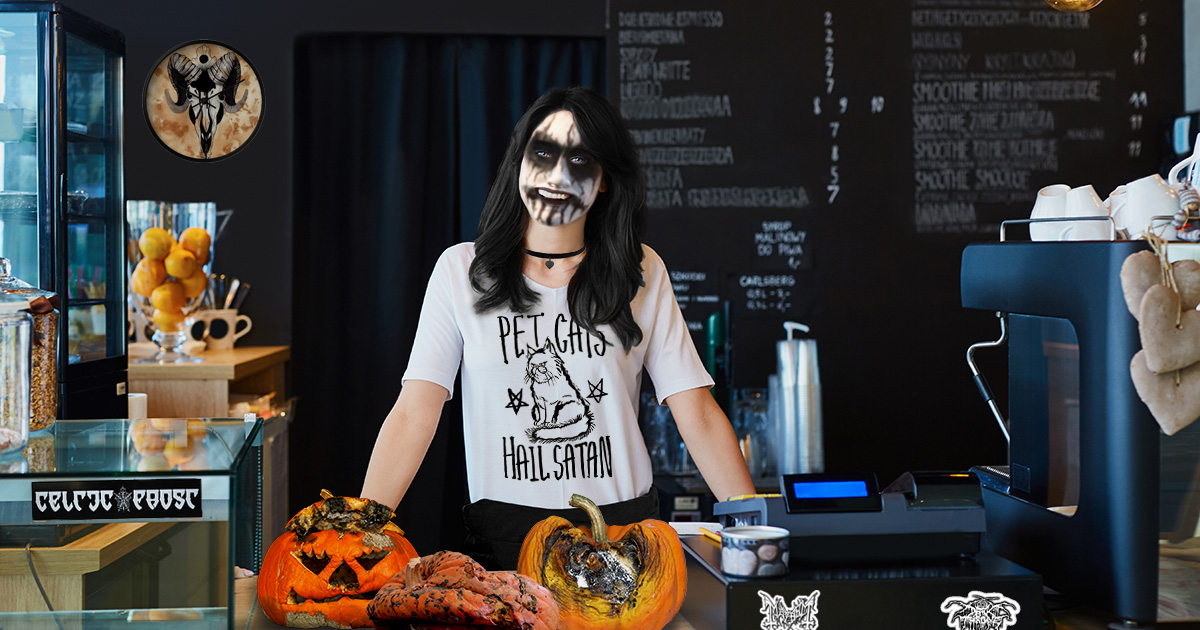 “As the tree leaves wither, so do our collective beings. And this latte, called ‘A Treatise On Nature and Death,’ is one of the most grotesque and evil menu items we’ve designed yet,” said Welkin Thirst owner and manager Mantis Breath. “One sip will make you question the nature of life itself.”

“Pure… unadulterated… evil… but in a ceramic mug. Every season, Welkin Thirst’s mystic ‘black-ristas’ concoct specimens that make you question God and the devil,” said regular customer Ryanurd Cronrovas between painful sips of “A Treatise On Nature and Death.” “Each cup makes you feel like the blood is frozen in your veins, and that misery is the only true state of humanity.”

However, new customers were quite clear with their thoughts about the seasonal offering.

“This thing tastes like shit,” said neighborhood resident and computer programmer Ted Simmons. “If their goal was to be evil, then charging me $6 for that horrible goop is nailing it. I would’ve liked to see what they offered for pastries, but since the only light comes from a bunch rank-smelling candles, I couldn’t see a damn thing in there.”

While “black-ristas” at Welkin Thirst reportedly spend at least an hour before each shift applying their uniquely designed corpse paint to give customers the authentic feel of sipping coffee in a 16th-century gothic church engulfed in flames, Simmons felt the customer service and atmosphere left a lot to be desired.

“I made a joke to the barista about how the drink is like an edible version of that band The Smashing Pumpkins… and they told me if I made a joke like that again, I’d be banished. Banished!” said Simmons. “I don’t think I’m going there again.”

“A Treatise On Nature and Death” will be available until November, when the next seasonal beverage, “Black-rista Blood,” will be introduced.