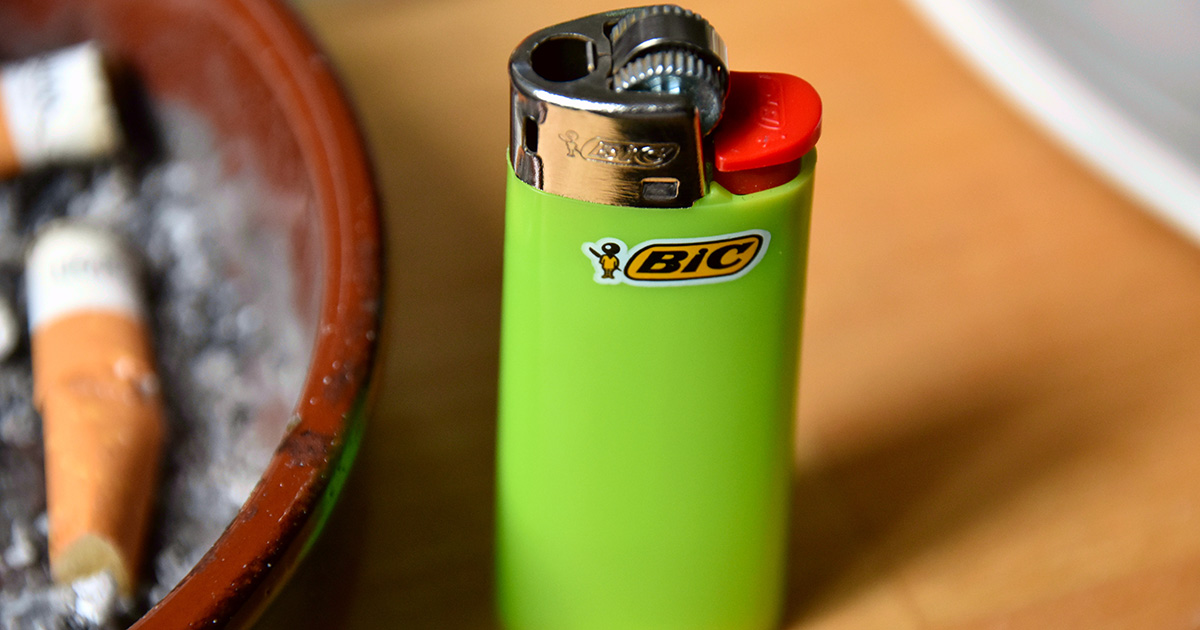 CAMDEN, N.J. — A green Bic lighter still hasn’t given up hope that it will one day no longer be absentmindedly pocketed by stoners and cigarette smokers and settle into a permanent home.

“It can be pretty rough not knowing whose beer-soaked jeans you’re going to wind up in each day. Over half of my fluid is used up, and I’m still just drifting from one place to another,” said the lighter, lying motionless next to a cashed bong on its current owner’s coffee table. “I’ve had a pretty wild journey, and I’ll admit it’s been exciting… but now all I really want is to be adopted by a middle-aged professional who will only use me to light scented candles around their bathtub. Someday I’ll get there… someday.”

Current owner Tim “Skuzzy” McFadden attempted to explain how he came to be in possession of the lighter.

“I found that thing in my pocket about four days ago after I got back from a kegger at my friend Caleb’s house,” said McFadden, completely obscured by a cloud of cannabis smoke. “It works fine, but I usually prefer the blue Bics — everyone knows they’re good luck. Whatever. I’m gonna go camping this weekend and eat some edibles, so I’ll probably end up with a different one by Monday anyway. I wonder who buys these things?”

Amy Brown, founder of the awareness group Lighters Are People Too, advocated on the lighter’s behalf.

“It’s tragic, the amount of abuse these poor ignition devices suffer. Many have permanent scars from when some thoughtless individual carelessly dropped them on the sidewalk or used them to pry off a bottle cap,” Brown explained. “Bic lighters need to be treated with compassion, and I will do everything in my power to find this one a forever home where it can rest undisturbed in a kitchen drawer until the next time its owner’s electricity goes out.”

The lighter was last seen standing up on a moonlit windowsill, softly singing, “Somewhere Out There” into the night.