Ben Shapiro Pulls Pants Down to Ankles Before Peeing in Urinal 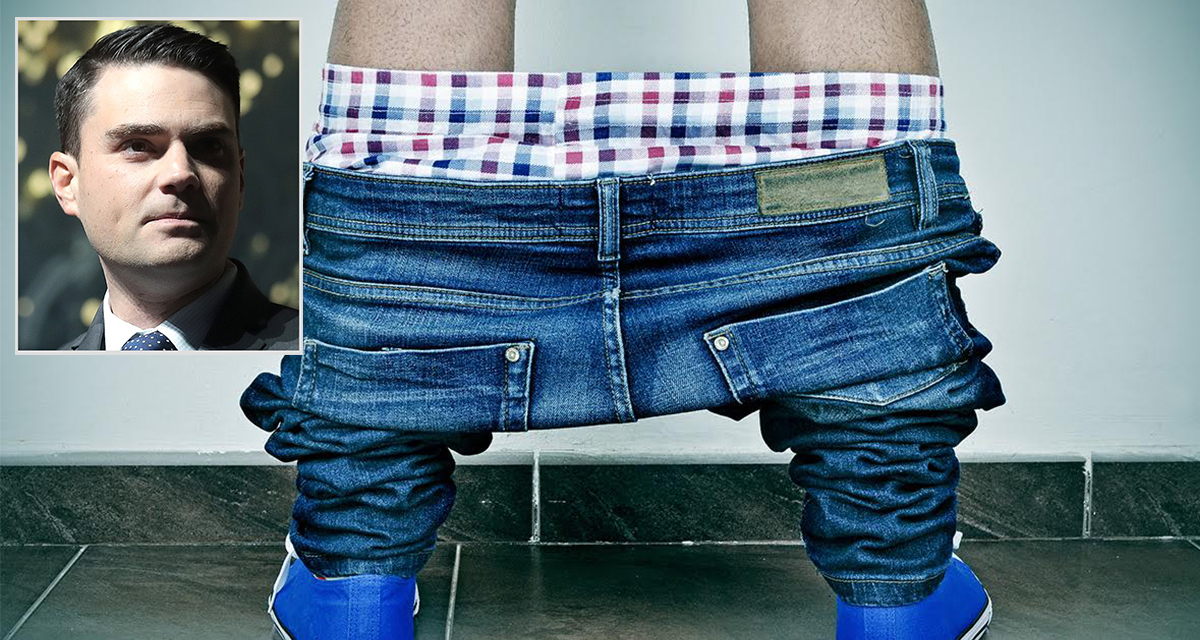 LOS ANGELES — Alt-right conservative commentator Ben Shapiro pulled his pants all the way down around his ankles yesterday to use the urinal in a public restroom, multiple scoffing witnesses confirmed.

“Some dweeby-looking, 30-something dude with a sixth grader’s haircut walks into the bathroom and starts peeing in the urinal right next to mine… which is already bad form, given that the unspoken rule is you take the furthest possible urinal,” said fellow tinkler Bo Chen. “And then he dropped his pants, lifted his shirt all the way up, put his hands on his hips, and just let it rip without even taking hold of his dong. The dude just pissed everywhere. I’m confident that if he was tall enough to see over the four-foot-tall divider, he’d have done a little snake-peeping too.”

“Logically speaking, pulling your pants down to your ankles is the most efficient and best way to pee, and facts don’t care about your feelings,” said Shapiro. “Besides, this method of urinating is the only defense we have against the liberal, radical leftist Democratic socialist communists who aim to fill our bathrooms with trans people who want to use our bathrooms for sex crimes. I need to completely show my bare ass and wiener to everyone in every bathroom, so they can see that I’m a real man, and not some pervert just there for kicks and fart smelling.”

“Real men sprinkle when they tinkle,” said Walker. “Wouldn’t you believe it, though? All of these snowflakes keep looking at me funny when I drop trou to pee. As a proud boy, I am proud to pee this way. Besides, Mr. Shapiro promised his listeners that if we take pictures of ourselves peeing like this, he’d send us candy for being such big boys.”

Rumors are swirling that Shapiro doesn’t wipe his ass either as a means of “scaring off liberals” and recommends his followers do the same.