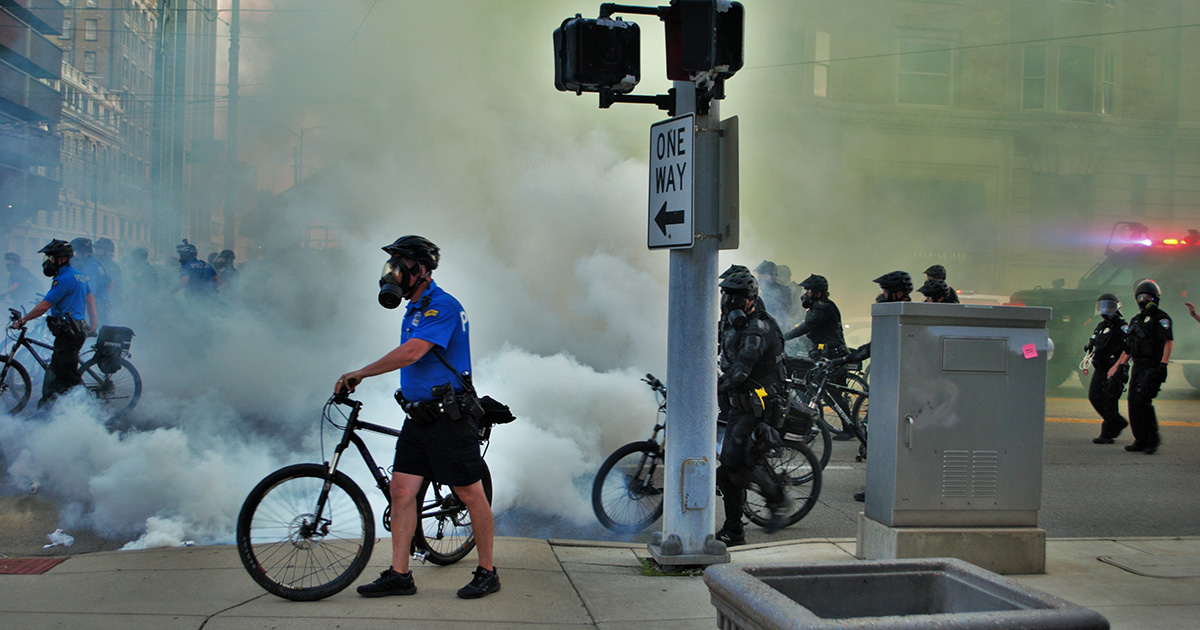 NASHVILLE, Tenn. — Local police monitoring a peaceful crowd of thousands who had gathered to listen to a civil rights speech at War Memorial Plaza late yesterday morning were brought to tear gas by the speaker’s moving rhetoric, reports indicate.

“The scene was one of racial harmony,” said Pastor Leroy Stephens. “There we all were, joined hand-in-hand as the speaker’s words washed over us, just before a noxious chemical weapon literally did too. Our souls were buoyed, our hearts lifted, and our lungs, throat, and mucous membranes scalded with a fire-like intensity I haven’t felt since the ‘60s in ‘Nam.”

Cellphone footage reveals the police monitoring the event were brought to tear gas shortly after the speaker’s fourth call for a “brotherhood of man.”

“All the shouts of ‘amen’ and ‘love thy neighbor’ finally got to me. The speech was downright eloquent, and the words contagious — I’ve never been more inspired to act,” Ofc. Jonathan Cosgrove recalled about the moment he unloaded several canisters of 2-chlorobenzalmalononitrile onto the crowd. “I was happy that I, too, got to help spread a message. You should’ve seen the street medics come together to help that old woman who couldn’t stand up anymore. We ran ‘em outta there in less than 30 seconds. Beautiful.”

The event’s organizer and speaker, Rev. Alicia Powell, is accustomed to her speeches having such an effect on human beings and law enforcement officers alike.

“Words have immeasurable power,” Rev. Powell said in a statement to reporters that she blinked one letter at a time, as her lungs and appendages were too chemically burned for traditional communication. “Words have the power to unite. The power to divide. And, if they peacefully call for racial equality, they have the power to bring thousands of good people together on their knees, choking, gasping, and wheezing for dear life. That’s something hateful words in America can’t do for some reason.”

Rev. Powell hopes to be back to the pulpit soon, but noted she doesn’t want to hit people over the head with her message, adding that she’ll “leave that to the police.”