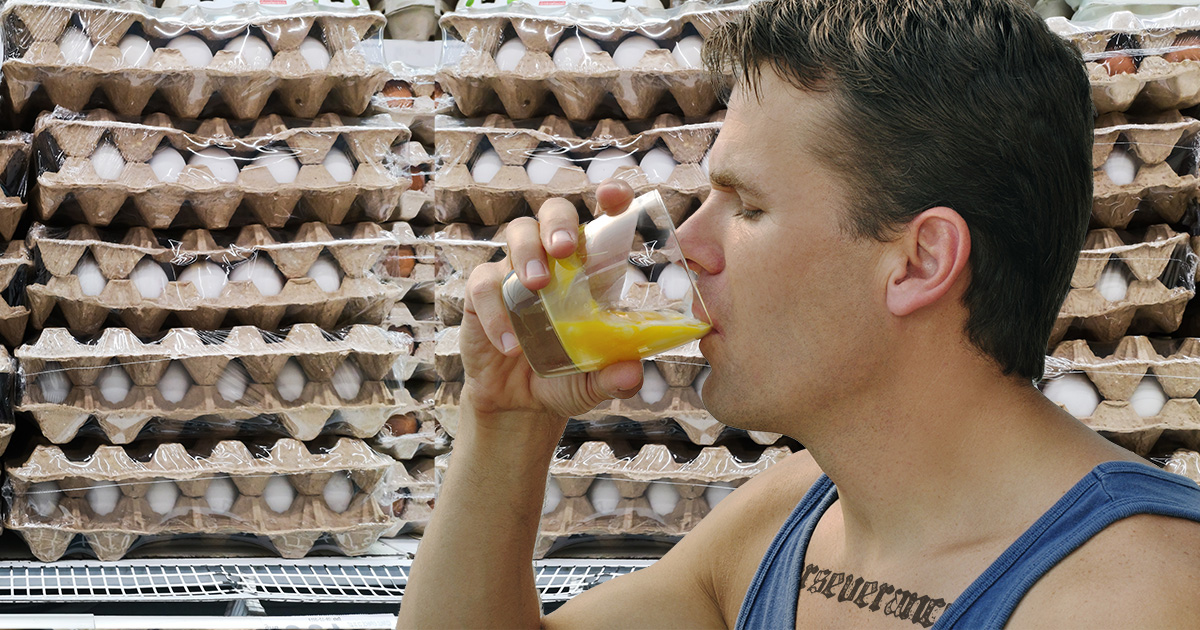 JERSEY CITY, N.J. — Bassist and new band member Dylan McCuskey must eat no less than 3,000 eggs so his band can use the empty cartons for soundproofing, confused grocery store sources confirmed.

“At first, I was hard boiling the eggs, but apparently the guys want to start playing in Mike’s mom’s basement by next week… so to speed things up, I started pinching my nose and downing these bad boys raw. It’s called working smarter, not harder,” said McCuskey. “A lot of people might think it’s cruel and inhumane to force someone to eat 3,000 eggs in seven days, but let’s call it what it is: band bros hazing the new guy. The way I see it, if I do everything they ask without question, they’ll eventually start respecting me as a full-fledged member of the band.”

“Our previous bassist was in charge of soundproofing, but he died unexpectedly. No one’s quite sure what happened to him,” said Keys, knowing full well the previous bassist died from salmonella after consuming hundreds of raw eggs. “To be honest, I always thought using egg cartons as soundproofing was a myth, so I’m not even sure this is going to work. But hey, nothing ventured, nothing gained, right?”

Unsurprisingly, McCuskey was rushed to the emergency room this morning, where he was treated by Dr. Joyce Campos.

“After we pumped his stomach, Mr. McCuskey explained he didn’t want to throw the eggs away just to use the packaging… but when we explained he could have donated the eggs to a local food bank, he started to code. Plus, all those eggs must have cost him nearly a thousand dollars. He could’ve gotten a whole wall’s worth of real soundproofing foam for like, $50. Seriously, I just looked it up on Amazon,” explained Dr. Campos. “In hindsight, saving his life sort of felt like a waste. The eggs may not have gotten him this time, but Mr. McCuskey is clearly destined to kill himself in some other idiotic way.”

Leading to his hospitalization, McCuskey had only been out of jail for two weeks, following six months of “hazing” in Passaic County jail after his bandmates forced him to take the rap for a drug trafficking crime committed by their drummer.