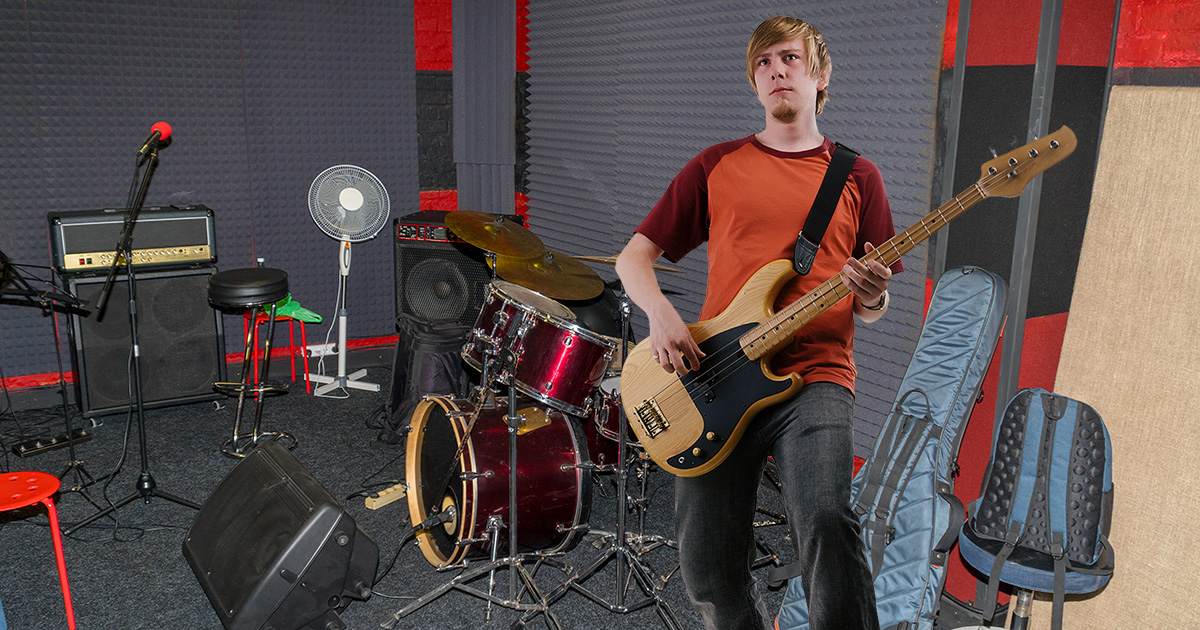 PHILADELPHIA — Local bassist Aaron Scherzinger realized today that he only needs to murder two or three of his bandmates to be promoted to frontman, devious and plotting sources confirmed.

“It’s all so simple,” said Scherzinger, with a devilish gleam in his eye. “If I can find a way to assassinate our lead guitarist Bryan, then either me or our rhythm guitarist Kristie will move up to lead guitar. And once authorities find her body in the river after a ‘mysterious boating accident,’ I’ll be the obvious choice to take lead. Then, if our frontman died tragically — perhaps by drinking a poisoned PBR — I’d finally assume my rightful place as frontman. It’s almost too easy.”

“I’ll finally be able to make the setlist,” Scherzinger added while twiddling his fingers, “and nobody will shut my mic off in the middle of a show while I try to tell my jokes.”

Frontman Eddie Clancy, while oblivious to Scherzinger’s plan, claimed he’s aware of the dangers posed by his status as the band’s lead singer.

“I don’t trust these guys for a second. They know that the only way they’ll ever get their hands on a mic is by murdering me, so I have to take precautions: I don’t eat any of the food they give me, I don’t fall asleep around them, and I always bring a witness when we go in the alley to smoke. I’ve been in the punk scene a long time, so I know what happens to frontmen who aren’t careful,” said Clancy with a wink. “The band’s previous singer was crushed by a falling stage light, and it sure didn’t seem like it was a total accident.”

“This type of thing has been going on for a while, but we were content to write them off as accidental deaths. No one really cared — it was just punks killing punks — but now the bodies are starting to pile up, and City Hall is breathing down our necks, so we’re gonna have to investigate,” said Castiglione. “We might bring in a perp or two, but the truth is, as long as there’s an indie scene, these guys are gonna keep killing each other.”

At press time, Scherzinger was found dead of an apparent suicide caused by four bullet wounds to the back. Drummer Nina Ross has moved up to fill his position on bass.