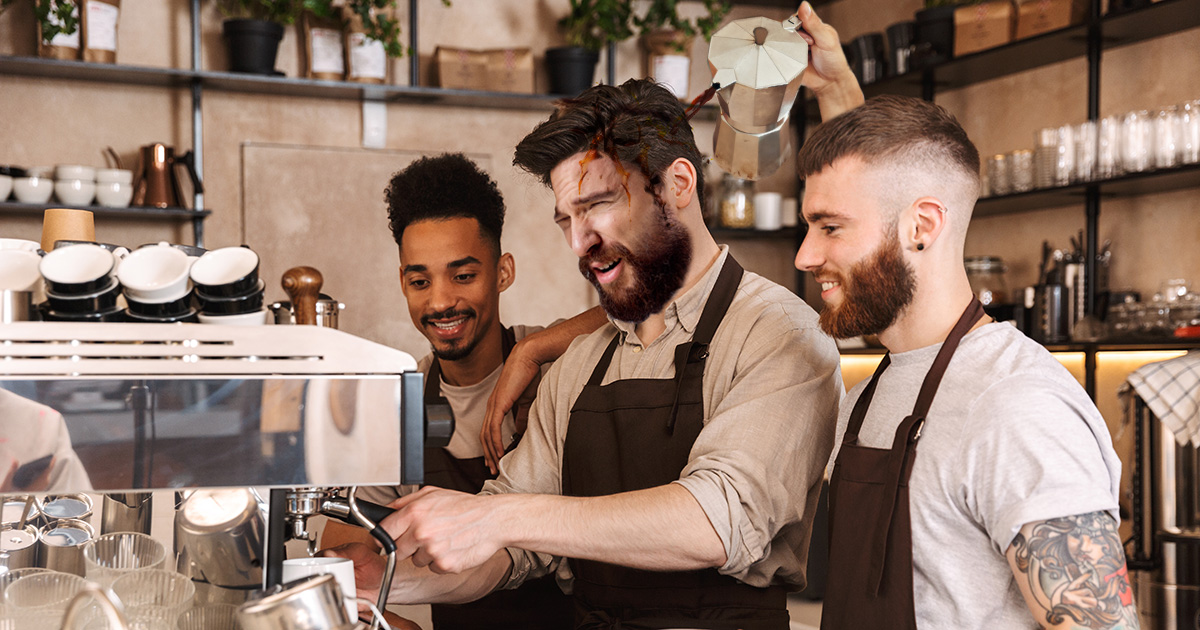 SEATTLE — Competitive barista Boris Demman was rushed to the emergency room yesterday when a carafe of fresh pourover was dumped over his head in celebration of his recent tournament win, shocked onlookers reported.

“I’ll admit, I have a pretty minimal knowledge of the sports world. But I do know that when someone wins something, you dump a tangentially-related drink on their head,” explained fellow competitor and guilty party Eva Salisbury, the barista at Los Angeles’ Crochet Coffee. “I swear, I thought I grabbed a lukewarm Chemex from an earlier round, but nope — it was the Ugandan single-origin Boris just poured to win. The medics said he only suffered second-degree burns, so that can’t be too bad, right?”

Judges claimed they haven’t seen such a horrific accident at a competition in years.

“I’ve been judging baristas for the better part of two decades, and this is the worst travesty I’ve seen since some amateur poured Coffee-Mate in a cup of natural process Ethiopian,” recalled longtime judge Bartholomew Stott. “But if I’m being honest, I suspect foul play: we can’t have some Tonya Harding-ass dickhead sabotaging our field’s Nancy Kerrigan’s mid-cortado pour.”

“What image does this portray to millions of children who dream of becoming something, and end up as baristas when those dreams don’t come true?” he added.

Audience members agreed that the scene was truly ghastly.

“It was one of the most upsetting things I’ve seen with my own eyes… all that great Ugandan single-origin coffee, going to waste,” recounted visibly shaken audience member Kelly Paloma. “But also, I’ve never heard such a high pitch come from an adult man’s body. His screams nearly drowned out the sound system blasting Sonic Youth — which is apparently mandatory in every independent coffee shop in America.”

A statement from Demman’s family stated that the young man is recovering well, and should be back to letting customers fumble African bean pronunciation while judgmentally snickering in no time.