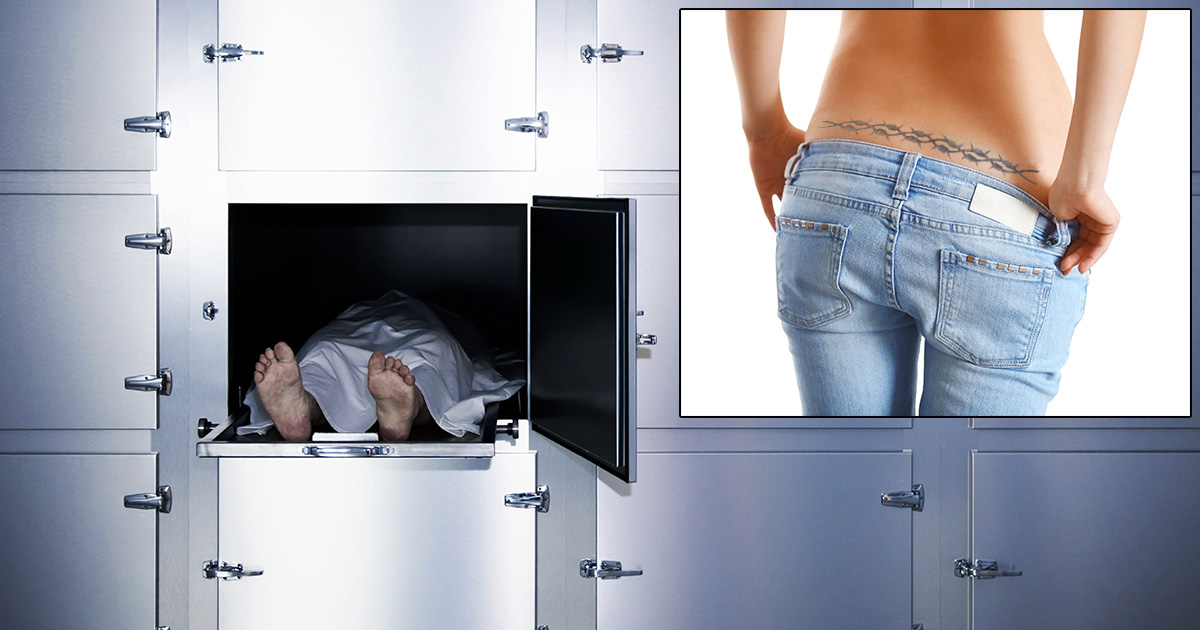 FAIRHOPE, Ala. — A badly faded tattoo bearing a barbed wire design aided local investigators in identifying a recently deceased woman as “probably about 19-years-old around the year 2000… maybe 2002-ish range,” according to sources.

“The torso of a woman known only as Jane Doe at this time was found by a jogger at around 06:30 yesterday morning, and Fairhope P.D. has been working tirelessly to identify the person,” explained Fairhope Chief of Police Debbie Acker. “The presence of a barbed wire tattoo on the small of her back leads investigators to believe that she was likely around 19-years-old in the year 2002… or was possibly as young as 16, but had parents who were cool about that kind of stuff.”

While the tattoo did eventually reveal the supposed age of the woman’s body, experts revealed that several factors were considered throughout the process.

“The location of the tattoo allowed us to place the woman as alive sometime between the years of 1997 and 2005,” said forensic scientist Dr. Joy Van-Pell. “Determining whether the tattoo was given during that time, or if the woman is simply a current fan of Harley Davidson motorcycles and branding, was another matter. Fortunately, the presence of two small puncture holes near the victim’s belly button, circled by a tattoo of a squiggly sun, confirmed that she was definitely in her late teens when malls were still prevalent, and almost certainly frequented them often.”

Local residents fear what the discovery of the dead body may mean for their community.

“I feel for the lady or whatever, bless her heart… but honestly, that’s pretty embarrassing,” said local woman Denise Drake. “I mean, I wasn’t exactly immune to the ‘tramp stamp’ trend either, but at least mine doesn’t wrap all the way across my back. I kept it small and tasteful with a Chinese character that means ‘charity,’ so at least I know if something like this ever happens to me, the cops will definitely know I was super white.”

Further investigation revealed a nearby backpack containing a packet of Dunkaroos, a compact of frosty blue eyeshadow, and a Remembering Never CD, all of which forced investigators to consider the possibility that the body had simply been floating this way from Tampa since the turn of the century.