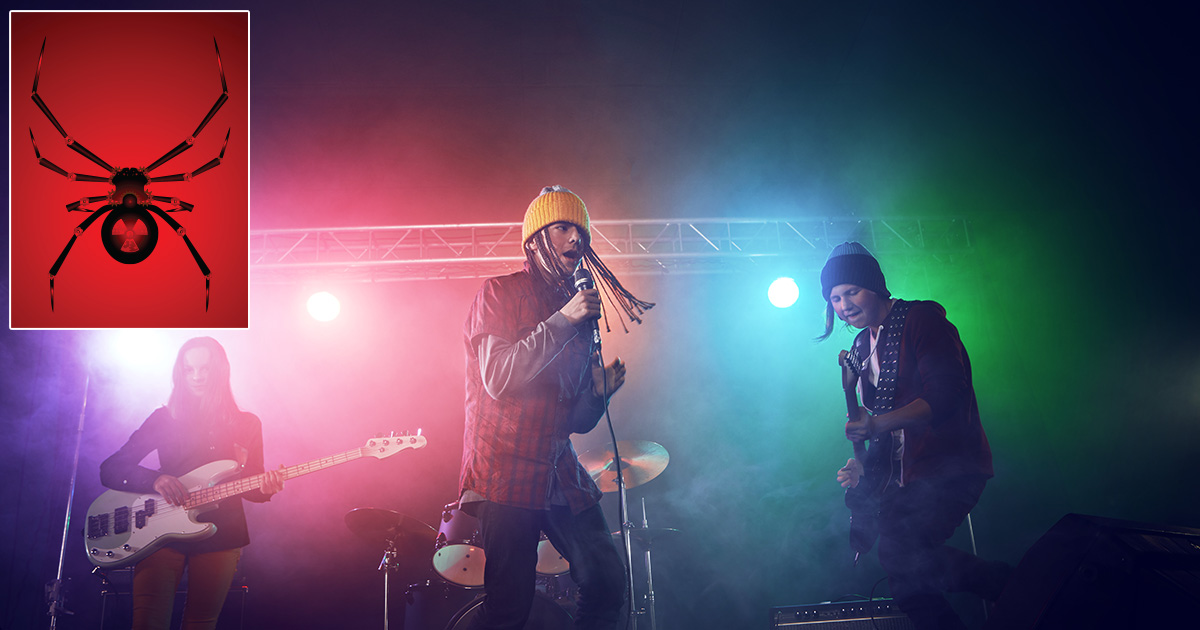 “It must’ve bitten each of us during our monthly band-only sleepover at the space,” said the group’s singer Carter Perkinson before checking WebMD for any other cool side effects of insect bites. “I could feel a superhuman change as soon as it bit into my thigh. I’m now capable of swinging from venue rafters like it’s nothing. Our guitarist acquired heightened senses and can now kind of feel when a party doesn’t want him to play ‘Wonderwall’ on acoustic guitar. And our bass player finally has the strength to use his pinky to hold down a string. Simply incredible. Regardless, we must always remember that with great power comes great responsibility and to use it to get laid.”

Other bands in the scene were none too pleased with their transformation.

“They must be stopped at all costs,” said arch nemesis and rival band Doctor Death. “Ever since that fateful night they’ve been sanctimonious and cringey as shit. They keep talking about ‘saving the scene from bad guys’ and at their last show they wore silly skin-tight costumes as a gimmick. I just didn’t have the heart to tell them that those spider bites looks very infected and they probably need to see a doctor. Last I checked, your skin isn’t supposed to rot off. All that savior stuff is in their heads.”

Music experts are well-aware of the strange situations that often lead up to forming a supergroup.

“Every supergroup has an outlandish origin story that delights fans to no end,” said music historian Kate Ralingford. “Audioslave became who they were after all members were accidentally exposed to gamma rays. Each member of Temple of the Dog was deemed ‘the chosen one’ by some unknown entity. And the Traveling Wilburys actually formed after members discovered that they had all simultaneously constructed caves beneath their mansions to park their custom-built cars and just so happened to be really into bats. What are the chances?”

At press time, the band was disappointed to read a review that criticized their live performance by saying “supergroup shows aren’t real shows.”