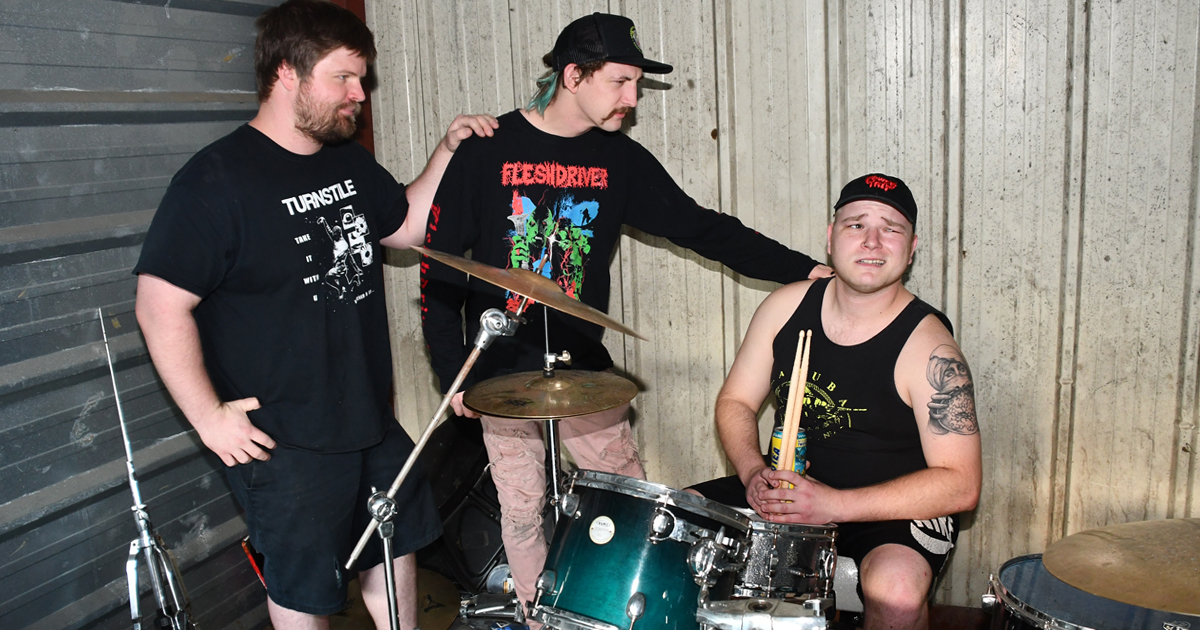 RYE, N.Y. — Punk band Minor Nasty sat down their drummer and gently told him that their bassist was going to a nice farm upstate where he’d have lots of room to run around and play, according to sources.

“I know it’s cowardly, but I couldn’t bear to tell Anthony [Briggs] the truth,” singer Louise Weis said tearfully, of the decision she and her bandmates made to part ways with bassist Lawrence Alvarado. “He’s a very sensitive boy. But Lawrence’s insistence on writing one song for the new album proved to be chronic, and once we realized there was no hope of his skill level or taste level ever improving, we knew this was the more humane choice over just not telling him when and where band practice is anymore.”

Fellow band members agreed that their time with Alvarado simply didn’t work out.

“I mean, we found him on Craigslist,” said second guitarist Craig Watley. “We needed a bassist and someone said we could ‘come get him’ from behind an abandoned building. I don’t want to say bassists like this are damaged goods or whatever, but is it any wonder he could only play three notes? Either way, it’ll be hard on Tony because he basically grew up with Lawrence, and drummers just don’t have the emotional maturity that the rest of us do. It’s hard for them to hear that their bassist got kicked out of the band because he sucked, or, I don’t know, maybe that asshole slept with another band member’s ex. Just saying.”

For his part, drummer Anthony Briggs was caught off guard but ultimately accepted the news.

“Lawrence usually greets me at the door when I get to band practice,” said Briggs, while trying unsuccessfully to poke the straw into a Capri Sun. “But my bandmates said he had to go to a big farm really far away. I was sad, but they said he has more freedom there to play really long bass solos using his three favorite notes. I will miss him, he was my best friend.”

At press time, members of the band were hopeful that they could distract Briggs by replacing Alvarado with a younger, healthier bassist.