Audiophile Forced to Register on Website, Identify Self to Neighbors 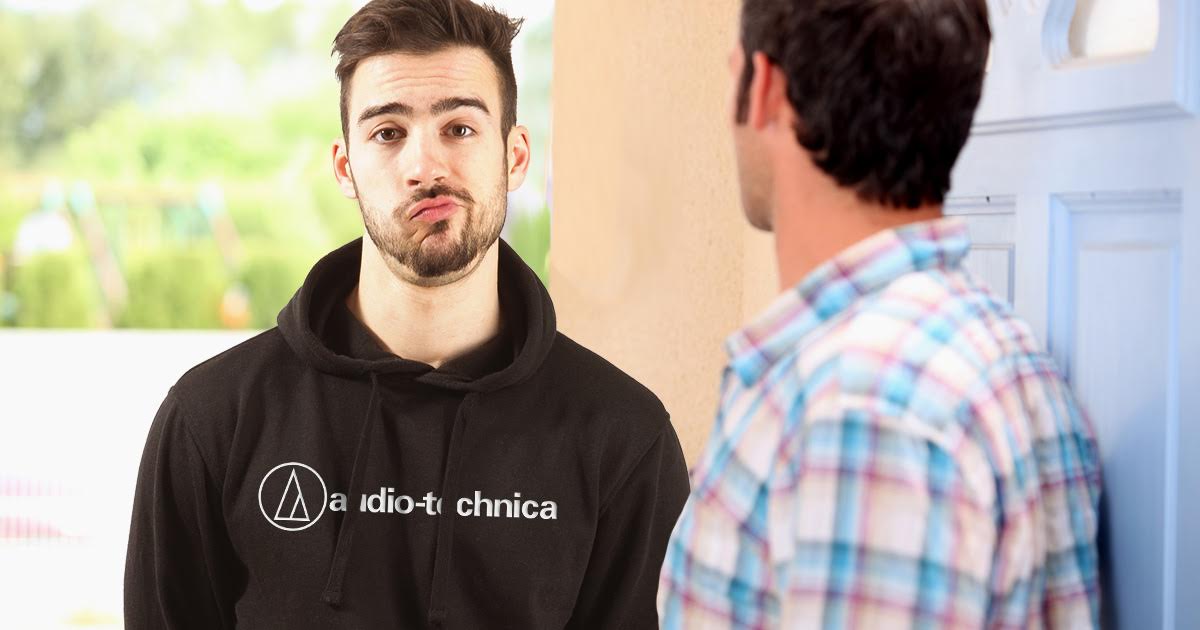 NEW YORK — Registered audiophile Marshal Pengram was forced to identify himself to his new neighbors again last week, a routine he has repeated every time he’s moved since purchasing his first turntable in 2011.

“I’m just trying to move on with my life, but everytime I move, I have to go through this bullshit,” vented an irate Pengram. “I’ve paid my debt to society. I’m completely rehabilitated. I got rid of my Red Wine Signature 16 Integrated Amplifier and I’ve never looked back. I listen to mp3s now, for fuck’s sake! Haven’t I suffered enough?!”

In addition to registration on the database at the Absolute Sound and identifying himself door-to-door, Pengram must also stay at least one mile away from any high-end audio stores at all times.

“I’ve been chased out of five neighborhoods since being outed as an audiophile. I can’t find a job,” said Pengram. “My own father won’t even speak to me, after I said his Yamaha turntable and Mcintosh MA5200 amplifier wasn’t worth the cardboard it came in.”

While some consider the audiophile registration program an invasion of privacy, public support remains high.

“People have a right to know if these types of people are living in their area,” said State Senator Ben Olson. “I’m a parent myself. Sometimes, I lay awake at night, thinking about my daughter being approached by some stranger and insulted for not using over the ear stereo headphones.”

As has become standard, Pengram’s new neighbors were less than welcoming.

“We don’t need his kind of trash around here!” yelled longtime resident Debra Heinz. “As a woman, I live in constant fear of some sicko like that breaking into my apartment and criticizing my shitty, Bluetooth speakers. I say lock them all up, and keep them that way!”

Pengram is doing his best to adjust to his current circumstances. “It could be worse,” he admitted. “You have no idea what they do to guys like me at Best Buy.”

A law requiring registration for convicted cinephiles is scheduled for a vote next week.

Let your neighbors know you support The Hard Times and buy a shirt: