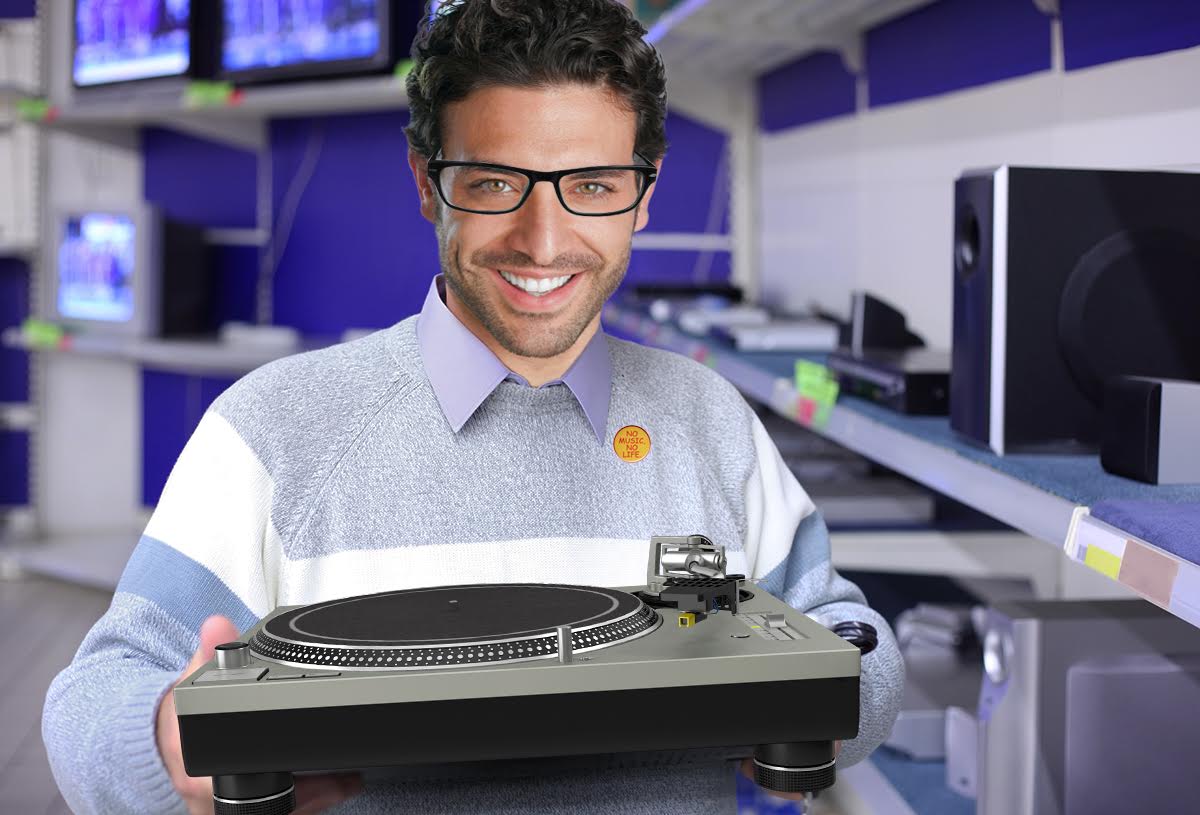 NEW HAVEN, CT – Local record collector Alex Herrman announced his intention earlier this week to purchase his first turntable, with which he may potentially play a limited number of LPs from his collection of over 4,000.

Herrman, 28, has been collecting records, or “vinyls” as he refers to them, for seven years, but has never had the means to play a single one. “The limited variants and all the packaging really take a collection of music and turn it into art, which is something that I think a lot of people don’t understand,” Herrman opined.

During a recent visit to Audiophiliac, a local electronics retailer, Herrman reportedly asked, “This won’t scratch rainbow swirls, will it? It says the needle’s made of diamonds. Is that harder than 180g? Are the diamonds they use conflict-free? It is very important to me that my potential musical enjoyment is guaranteed to be cruelty-free.”

After allegedly commenting that $89.99 seemed “ridiculously pricey,” Herrman left without purchasing a turntable in order to get home before an auction of a test pressing of Snapcase’s Progression Through Unlearning ended.

Jessica Fuller, a sales associate at Audiophiliac, noted Herrman seemed distracted while browsing turntable options. “He kept looking at his phone the entire time then just sort of whispered ‘Nice, only at $350 and the reserve’s met,’ and took off without saying anything to me. Weird guy.”

In his apartment, Herrman has shelves of unopened LPs, pristine in their original packaging. When asked what spurred his decision to finally consider purchasing a turntable, Herrman stated, “I get most of my music through torrenting. The price of music these days is out of control. Then it occurred to me — I have all of these beautiful investments, and they just so happen to have music on them.”

Back in his studio apartment, in addition to his vast collection of test pressings and out-of-print originals, Herrman proudly displays 10 plastic-wrapped skateboard decks lining his walls. “Definitely don’t want to damage the artwork on those things,” he said. “Set me back $1,800. They look great above my bed, but I never really understood the appeal of skateboarding. Seems like a giant waste of time and money to me.”