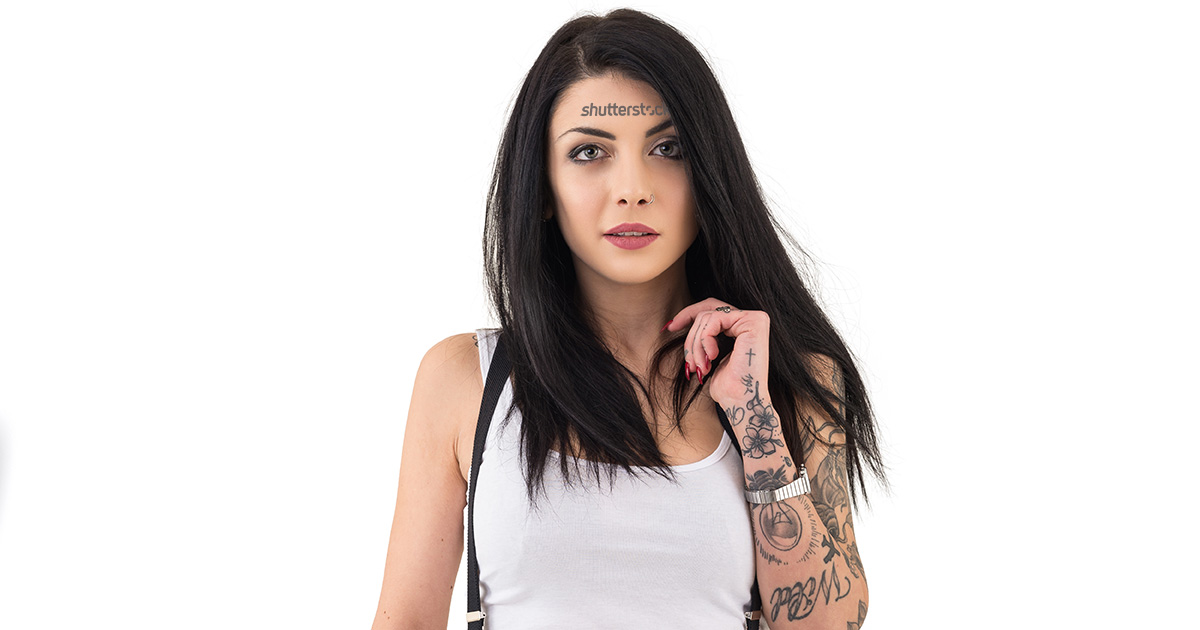 SEATTLE — Prospective model Magda “Mimi” Maiers had the Shutterstock watermark tattooed directly onto her forehead last week in the hopes of putting herself ahead of other hopeful stock photo models, a source confirms.

“People always tell me I have the perfect face for modeling, so I just made it official,” Maiers told reporters. “It’s kind of like that, ‘Don’t dress for the job you have, but for the job you want’ saying… except instead of, like, a blazer or something, it just says ‘Shutterstock’ on my face now.”

Maiers has made becoming one of America’s biggest stock photo models her life’s goal, thanks to previous stock photo trailblazers like “American Female Sitting on Orange,” “Crying Dracula with Laptop,” and “Clown Vacuuming Wine Stain.”

“When I was a little girl in Düsseldorf, I always looked up to ‘Young Female Enjoying Taste Yogurt,’” Maiers said. “She had such a carefree look and attitude I could really idolize — her image persuaded me to move to the States and pursue my dream, actually.”

The competitive nature of the stock photo modeling community led Maiers to raise her dedication one step further with the watermark tattoo. While many of her peers regard her decision as “batshit crazy” and “fucking ridiculous,” others respect her tenacity.

“I never tattooed myself with a watermark logo, and I learned the hard way,” said retired model Jackie Moore, best known for her work in “Cavewoman Smelling Frog.” “I often found images of myself being used without my permission. Magda there has really changed the game.”

Maiers’ hard work and Shutterstock face tattoo have already begun to pay off, as she just booked a shoot as “German Girl Cradling Skull with Blank Sign and Shoes.”

“I look forward to all the ways the world will use my image: pamphlets at doctor’s offices, Powerpoints for business conventions, smear campaign ads for mayors… the sky’s the limit!” Maiers said. “It just goes to show that if you stick to your dreams, they’re bound to come true. And getting a company logo tattooed right on your face certainly helps, too.”