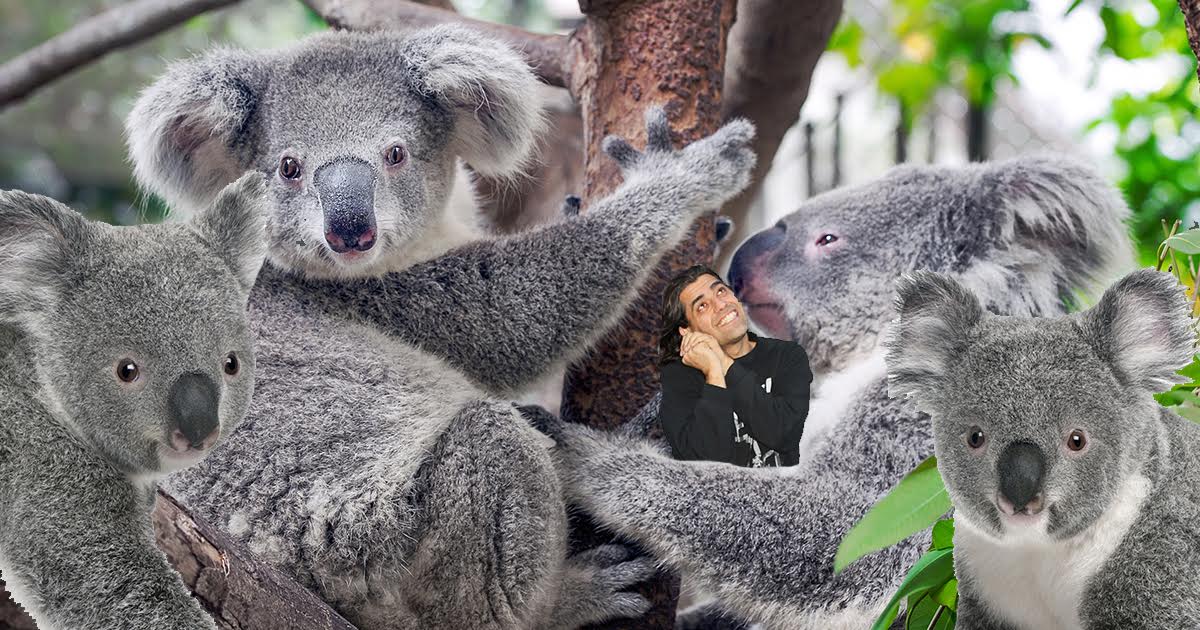 POUGHKEEPSIE, N.Y. — A group of vacationing Australian koalas visited a hardcore sanctuary last week to take photos of the local DIY wildlife, according to sources close to the marsupials.

“We just don’t have anything like these guys where we’re from — such cute tattoos and camo shorts,” said cling leader Eucalyptus Phil. “They were really docile, and didn’t seem to mind us holding them. We’d heard stories that hardcore kids can be easily agitated, and may throw punches and spin kicks with little provocation.”

The herbivorous bears, many of whom have never left their native Oceanian region before, are reportedly taking the summer to travel through the U.S. and wanted to take in all the culture they could.

“It really was a once-in-a-lifetime experience,” said Eucalyptus Phil’s wife, Sally “Skippy” Combs. “To witness these creatures in their natural habitat: making zines, alphabetizing their record collections, being assholes on the internet… it would have been a total waste of a trip otherwise. They even let us feed them these gross, soft, white cubes. Their handlers called it ‘tofu.’ They said that’s basically the only thing vegan members of hardcore bands will eat other than Oreos.”

The hardcore sanctuary, which was founded two years ago in an old warehouse space off of Bridge St., houses lost band members and unpaid promoters. James Arnold, who manages the residence, seemed enthusiastic about the visit.

“Since we opened, we’ve had a very interesting array of visitors. We had gorillas from Africa who fed the kids some biscuits, and a colony of bats swooped in from Canada last week,” said Arnold. “Just yesterday, a flock of sheep came by on a religious pilgrimage. They even knitted some jumpers for our herbivorous guests.”

Before departing up the nearest tree, Phil seemed satisfied with the day’s turn of events.

“I recommend stopping by the gift shop. A lot of the wildlife here record their own music. It sounds awful — it’s really just a lot of primal yelling — but it is interesting to hear them try to create something,” said Phil. “Also, they will screen print a shirt for you with your picture on it at their in-house facility. Amazing stuff.”