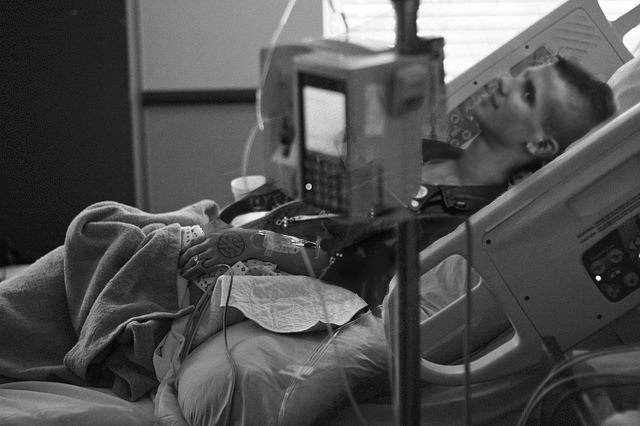 TEMPE, Ariz. – Seven punks have been hospitalized for heat exhaustion and severe dehydration after they refused to remove their leather jackets during a performance by the Denver-based punk band AIDs Monkey.

According to a punk we asked, the illegal concert took place inside a concrete shed near the ASU campus known to local punks as “The Hot Box.” The show reportedly broke all known attendance records for the venue with an estimated 15 paying fans in attendance.

Four of the hospitalized punks were members of AIDs Monkey, a band infamous for wearing leather jackets and pants on the back cover of their EP, and in every other situation ever, despite the climate.

Show promoter Doggy Dirt told The Hard Times that the earlier than usual start time may be to blame for the tragedy.

“I wanted to start the show at like 9:30 p.m., so it could cool down a bit, but Monkey Mike said they were gonna play a night show in Tucson so the show had to start around noon. It was like 112 degrees when AIDs Monkey played. I tried to warn them that The Hot Box gets really fucking hot, but they assured me they would be fine,” said Dirt. “They kept saying ‘it is a dry heat, we will be fine.’ I am just thankful nobody died — I don’t want to get sued.”

The Colorado-based group, who collapsed about 17 minutes into their set, were not prepared for the oppressive heat. Three die hard fans, who claimed to be members of Sick Monkey Crew, were also reportedly hospitalized and treated for “knowing their roots,” and “talking the talk and walking the walk.”