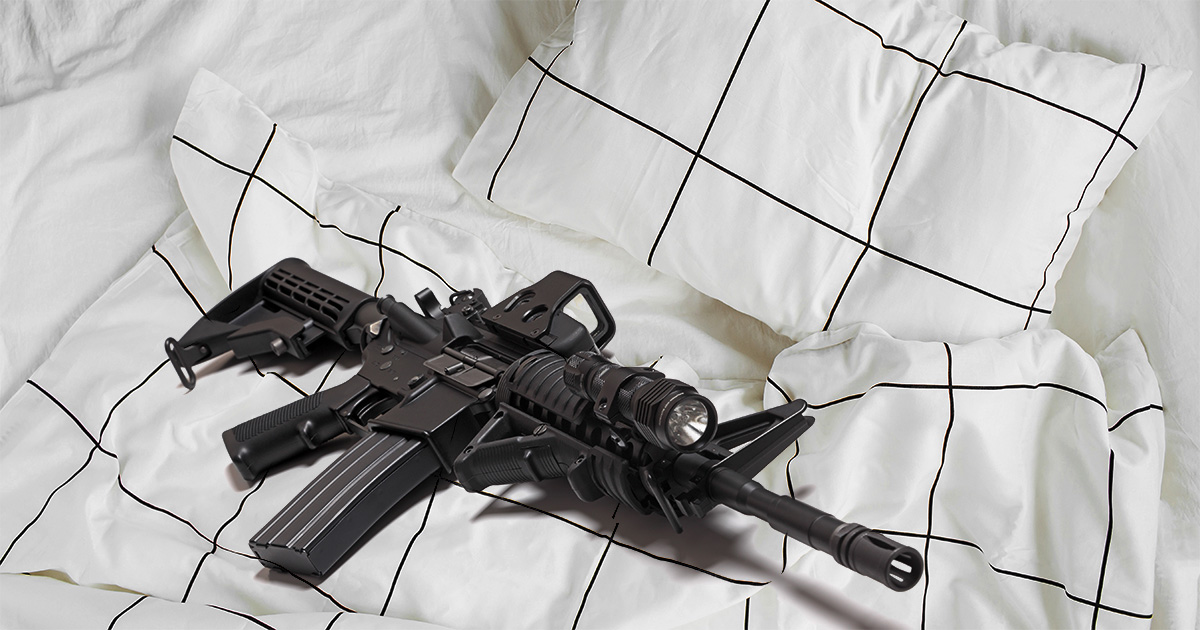 DES MOINES, Iowa — An AR-15 semi-automatic rifle started an OnlyFans page for itself last week, the overwhelming popularity of which led to a rash of Midwestern states declaring massive budget shortfalls for the year.

“I mean, we’ve had businesses like Wal-Mart or Amazon come in and extract money out of the community before, but nothing like this,” said Wisconsin Senator Ron Johnson. “It’s just, like… overnight, everyone went broke. Unfortunately, unless people can curb their online spending, the only thing left for us to do is end a lot of social programs people rely on to try and make up the difference. It’s sad. I think this is the first time a gun has ever negatively affected people.”

Firearms fans, however, were quick to stand their ground online.

“I don’t give a rat’s ass about other people! It’s my right as a man and as a patriot to enjoy looking at guns. #AllLivesMatter #MAGA,” tweeted @John254836472 in a thread. “I’m a God-fearing heterosexual man, and I’m paying to look at pictures & short videos of a semi-auto doing things my .45 would never dream of, and that’s my right! I mean, she’s wearing a bump stock for goodness sake. Good Lord! #WWG1WGA.”

Despite the polarity created by the page, the rifle meant no harm, according to its public relations representative.

“This AR just wanted to bring attention to OnlyFans, and to normalize 2A rights & brandishing weapons in general,” AR-15 spokesperson Danny Leon said. “She just wanted to fire off some pictures wearing sexy accessories to the internet — an extended clip, a red dot scope, a collapsible stock, etc. It’s not the rifle’s fault. Really, it’s people who are hurting people here.”

“Can’t blame folks too much, though,” he added. “I mean, that AR is sexy as hell. I’d let that gun bust a few in me, if you know what I’m saying. Pew! Pew! This is off the record, right?”

OnlyFans is reportedly considering changing their user policy to implement a 10-day waiting period before starting a new account.