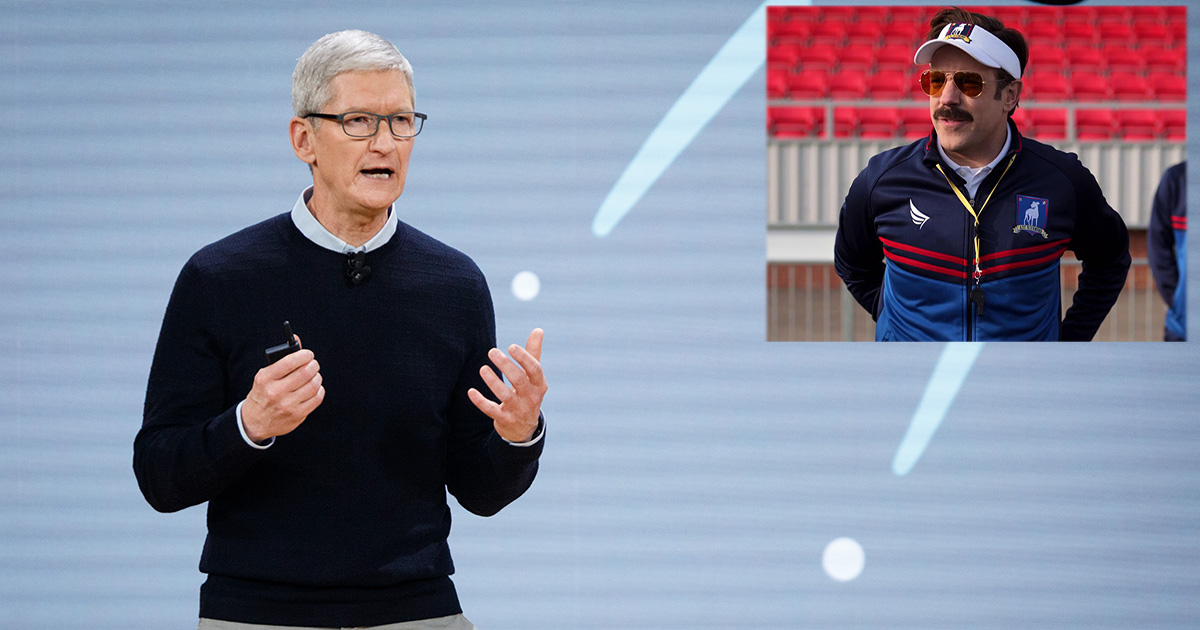 CUPERTINO, Calif. — Executives at Apple TV responded to “an overwhelming amount of customer demands” by announcing that their network will now be referred to exclusively as “The One That Ted Lasso Is On,” sources who pray to a photo of Steve Jobs every night confirmed.

“From our groundbreaking operating systems to our handheld devices, Apple has always strived to make user-friendly products. With that spirit in mind, we will be honoring the users’ need to quickly find their favorite show. Because to be honest with you, I’m not even sure what the fuck else is on that app,” said Apple’s Director of Community Relations Sandra Smith. “Loyal Apple TV users will no longer have to fumble through a myriad of apps searching for Mr. Lasso’s fish out of water shenanigans. Whether Ted is gleefully unfamiliar with British customs, dealing with his broken family, or using toxic positivity to cover up his traumas, it’ll all be laid out for your easy digestion, like a bowl of cottage cheese.”

Long time fan of the show Dan Rogers is incredibly relieved by the news.

“Streaming used to be easy. Just get Netflix or Hulu and you were good. Now, if you put a gun to my head right now and asked me the difference between Paramount Plus and Peacock, I’d have to say goodbye to my kids,” said Rogers. “The world is a dark and vile place. Fascists marching in the streets, cops killing people, and like half the country refusing to take a simple vaccine. Ted’s pop culture quips are the only thing keeping me from driving off a cliff.”

Marketing Director Luke Greene says that we should expect a lot of similar changes across the media spectrum.

“With the massive influx of personalised entertainment, major players don’t want to get lost in the mix. The automatic pilot days of trusting people will just watch nine hours of ‘Guy’s Grocery Games’ have passed,” Greene said. “Netflix is toying around with changing its name to ‘Don’t Really Want It, But It Would Be Weird Not To Have’ and Hulu will become ‘Am I Still Paying For This?’ But my favorite is Comcast just rebranding basic cable as ‘Grandma’s House.’”

Jason Sudekis was unavailable for comment as he was busy battling Paul Rudd for title of most charming fucking dude ever.