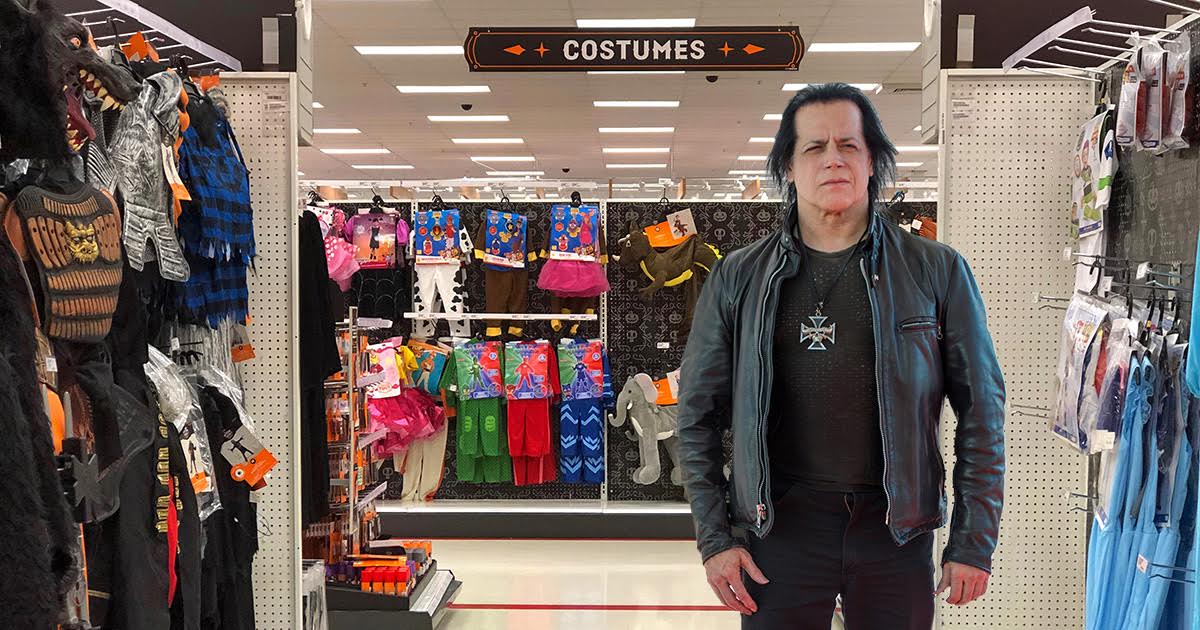 LOS ANGELES — Local caregiver Sheila Hart apologized to the patrons and staff at the Van Nuys Party City earlier today after a person under her care, former Misfits frontman Glenn Danzig, was found wandering the aisles alone and muttering to himself.

“We were out running some errands and I stopped to get coffee and told him to wait in the car,” reported Hart. “There’s one of those Halloween decorations places next to the Starbucks I like, and when we got there, he was going on about dead cats, razor blades and candy apples — you know, typical Danzig stuff, so I didn’t really think too much of it. But when I got back he was gone, and I saw some pretty upset families leaving Party City talking about ‘the shirtless man rambling incoherently.’ My heart just about sank at that point.”

“This stocky dude in tight black pants came in muttering something about ‘pumpkin faces in the night,’ so I pointed him towards the Halloween section. When he screamed ‘I remember!’ at me, I figured he was probably just some kook who wandered in off the street,” said Party City shift manager Heather Hayes. “He was staring at this skeleton costume, so I asked if he needed help, but he just mumbled about ‘the royalties,’ so I figured I’d let security handle it at that point. Fortunately, [Hart] calmed him down and told him they’d go home and watch Bela Lugosi movies.”

Experts note that this incident could have taken a turn for the worse at any moment.

“Aging niche musicians are often like raising a child. They require constant care and attention,” noted NPR’s Ann Powers. “There are dozens of examples where these musicians create a general sense of panic, and it’s only made worse by the tense times we live in. This could have easily been just as bad as Dschinghis Khan at the Russian Embassy, or The Shaggs at Foot Locker.”

Danzig was later also escorted away from a local Planned Parenthood after muttering a few unfortunate lines from “Last Caress.”