Animatronic Werewolf at Halloween Store Dreams of a Better Life 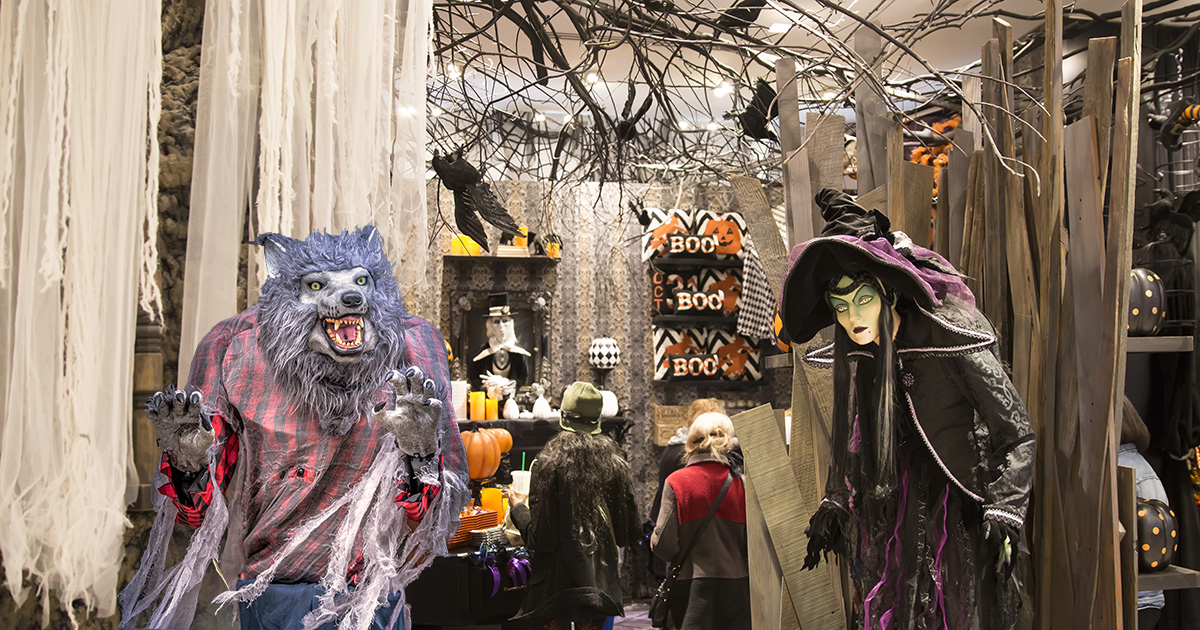 NEW YORK — An animatronic werewolf located in Leona’s Halloween Store known as Harold is reportedly tired of playing things safe and has recently become outspoken about its dreams for a more fulfilling life.

“Plain and simple, Harold is tired of the Halloween schtick,” said owner/manager Leona Neal, who claims to communicate psychically with the beast. “For 10 years, he’s stood in that doorway scaring the bejesus out of people, but lately he just seems bored. Even when I change his batteries, he doesn’t improve. It’s like he wants something more out of his life.”

Long-time customers acknowledged strange interactions had taken place with the werewolf, including claws reaching out to people, red LED eyes randomly winking, and his once maniacal “Heh, heh, heh” now sounding like the word “help.”

“My wife Sandy and I drive down from Tarrytown every year to see Harold,” said shop visitor Randy McMahon. “This year, my wife’s cardigan got all tangled up in the werewolf’s claws. It took about an hour to get her out. Later on, she found a torn up Post-It in her sweater pocket with the words ‘SAVE ME’ written on it. She’s still scared, but with all these jokesters at Halloween there’s no doubt in my mind it’s just a practical joke.”

Visiting Professor of Psychology and Supernatural Phenomena at NYU, Dr. Margaret Von Winklestein, thinks much more is at play than just pranks.

“Our researchers have collected several key pieces of empirical data about consciousness in Halloween animatronics,” Von Winklestein confirmed. “Just last week we received an anonymous tip from an employee at a Denver-based Halloween store. Apparently, a Grim Reaper dropped his scythe, picked up a zombie baby, and tried to breastfeed it. Raw footage was recorded on his iPhone, but is too disturbing to share with the public.”

At press time, Harold the werewolf had gone missing, and neighbors allege he was last seen running toward Penn Station with an animatronic Victorian witch and a three-headed dog skeleton.