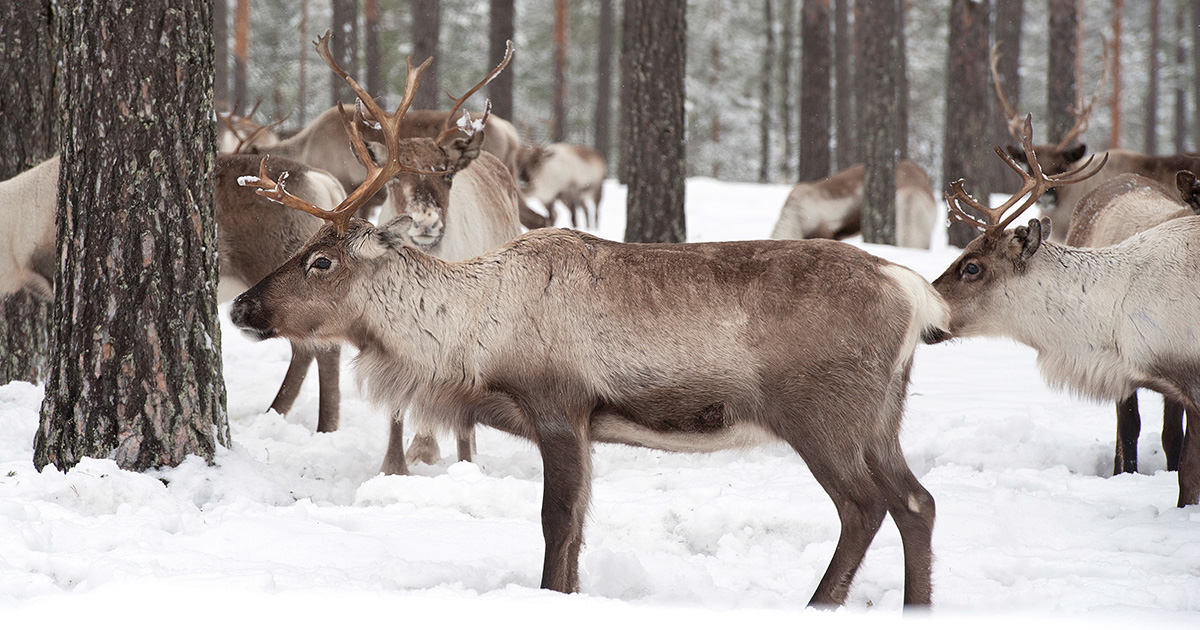 NORTH POLE — Members of the organization Stop Treating Animals Badly [STAB] rescued eight reindeer yesterday that were allegedly being exploited by a reclusive hoarder in a frozen, secluded wasteland.

“As best we can figure, the accused used the reindeer as a free labor source in a private manufacturing and delivery enterprise,” said STAB leader Maxwell Hentosh. “They were only allowed out one day a year, forced to travel grueling distances in freezing conditions, and then completely isolated for the rest of the year. I tell you, it’s just sick the way some people treat animals.”

The hoarder, identified only as Kris K., had no remorse for his actions.

“Ho, ho, ho! What’s the big deal?” Mr. K. bellowed to law enforcement officials while taken into custody. “I bring joy to millions around the world — doesn’t that count for anything? Those deer are a big part of my whole image; you can’t just take them away from me! How else am I supposed to fly this fucking sleigh, you prick bastards? Looks like all you fuckheads are on the naughty list this year.”

For their part, the rescued reindeer were relieved to finally be free.

“Thank God that nightmare is over!” said Dancer. “This whole ordeal has really put things into perspective for me — now that I’m free, I’m finally going to go back to pursuing my real dream: performing jazz-tap professionally.”

However, fellow reindeer Blitzen reflected on his their cumulative losses.

“It’s just a shame about poor Rudolph; the little fella just couldn’t hold on any longer. I think the big man treated him worst of all, what with working him too hard and not letting him join in any of our reindeer games,” said Blitzen. “I still remember the day when his nose exploded — it will always haunt me. Rest easy, sweet prince.”