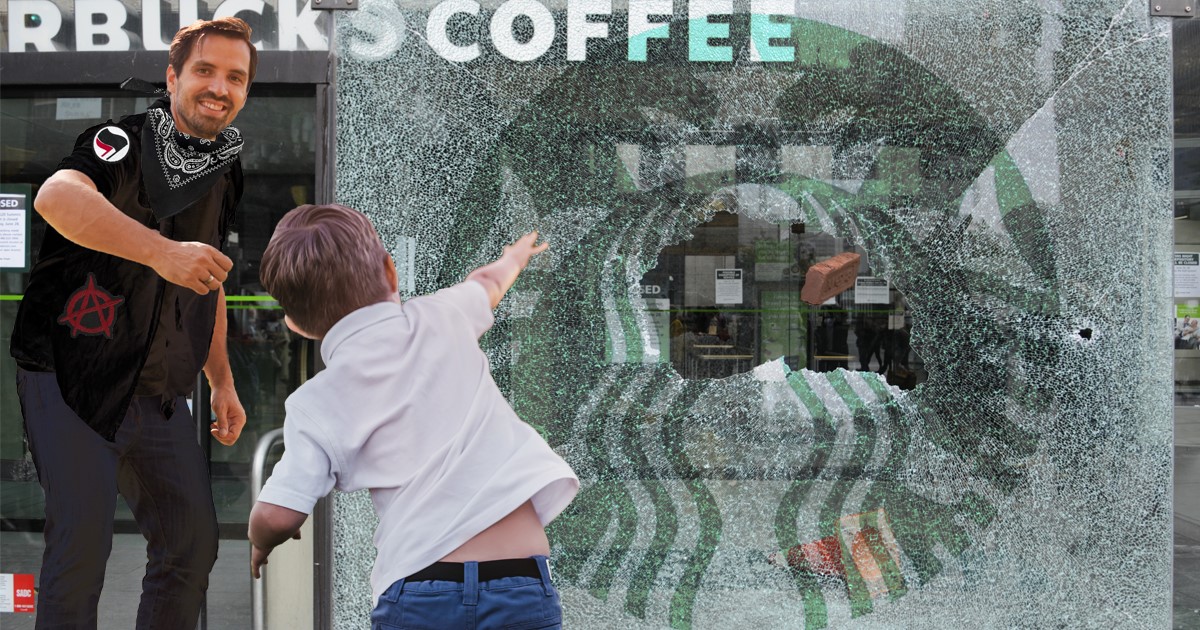 “The boy’s a fast learner,” said Mr. Hampton of his son’s aptitude with politically motivated projectiles. “Anarchism has been the Hampton family’s way of life for generations — it’s important to me to teach my son how to smash the corporate state, just like my father, and his father before him. There’s actually a family legend that my great-great-grandfather developed the technique for putting topspin on a Molotov cocktail.”

The younger Hampton, excited to spend quality time on “sports” with his father, expressed reservations about the practice as a whole.

“Yeah… I guess I’m pretty good, but I don’t think I have the same passion for abolishing the government and capitalism as my dad does,” said the precocious child. “All he ever talks about is anarchy. I know I’m supposed to follow in his footsteps and keep the family tradition alive, but I have dreams, too.”

“I just don’t know how to tell him that, sometimes, what I really want to do with my life is go to business school,” he added. “Then maybe get an unpaid internship at a hedge fund. But I can’t. It would break his heart.”

Sources close to the family confirmed that tensions have elevated since Dennis started showing resistance to his father’s anarchist teachings.

“For as long as I can remember, Red would read his kids Howard Zinn before bed,” said longtime anarchist and permanent Hampton houseguest Adam Watson. “It’s been different lately, though: Dennis wants to spend his Sunday nights watching ‘Shark Tank.’ Usually, every year, the family makes a pilgrimage to Braintree, Mass. to see the location of the shoe factory the anarchists Sacco and Vanzetti robbed, but this year, Dennis flipped out and demanded they go to Disneyland instead. I’m worried about that kid.”

Dennis’ mother, Teresa “Witchy” Hampton, was unable to comment as she was busy teaching her daughter various recipes from the “Anarchist Cookbook.”