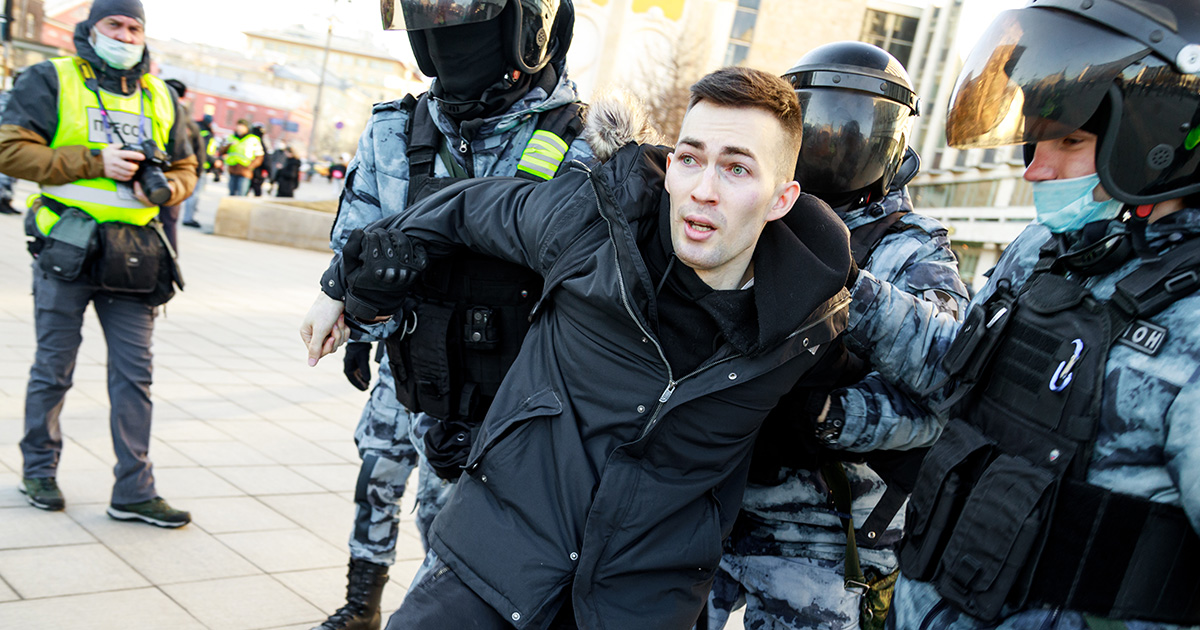 LOS ANGELES — Police precincts across the country are joining forces to send supplies of water, body armor, and tear gas to help Russian cops in their battle against people peacefully protesting war in Ukraine, multiple sources with Punisher logos on their uniforms confirmed.

“I was seeing some of the footage coming from Russia and it was making me sick,” said Craig Lally, the leader of the Los Angeles police union. “These brave officers are going into battle wearing body armor from 2019. There is much better equipment on the market these days and they need to be fully equipped if they want to take down every college student or senior citizen standing still and holding a cardboard sign. If I could still get a passport I’d be there in Moscow with them I would book a ticket right now.”

Russian police officers were stunned by the outpouring of generosity from their American counterparts.

“These demonstrations have been exhausting for everyone on the force. We tried to explain to the protesters that there was no war and that Ukrainians want to be bombed,” said special operations officer Sergei Popov through an interpreter. “When they didn’t listen we had no choice, we had to start clubbing them in the knees with our batons and firing live rounds into the air to scare them off. We started running out of handcuffs and zip ties after these first three days but then we got a very generous shipment from America that even had a signed photo from Steven Seagal.”

Some Republican voters are still coming to terms with the right’s changing views of Putin, but their love of law enforcement.

“I just want to make sure all those Russian cops are safe out there enforcing the law. If the protesters don’t want to be beaten senseless then they should just stay home,” said Bakersfield, California resident Ernie Leprey. “Russia was one of the only countries that supported President Trump and I want to make sure I support all the hard-working politicians and police officers that make Russia so great. I looked into moving there when Sleepy Joe stole the election but I was stonewalled by the corrupt Democrats that run California. No surprise there.”

With nearly 15,000 protesters having already been arrested, Russian leaders are now attempting to reach out to American politicians to get advice on how to keep so many people behind bars.