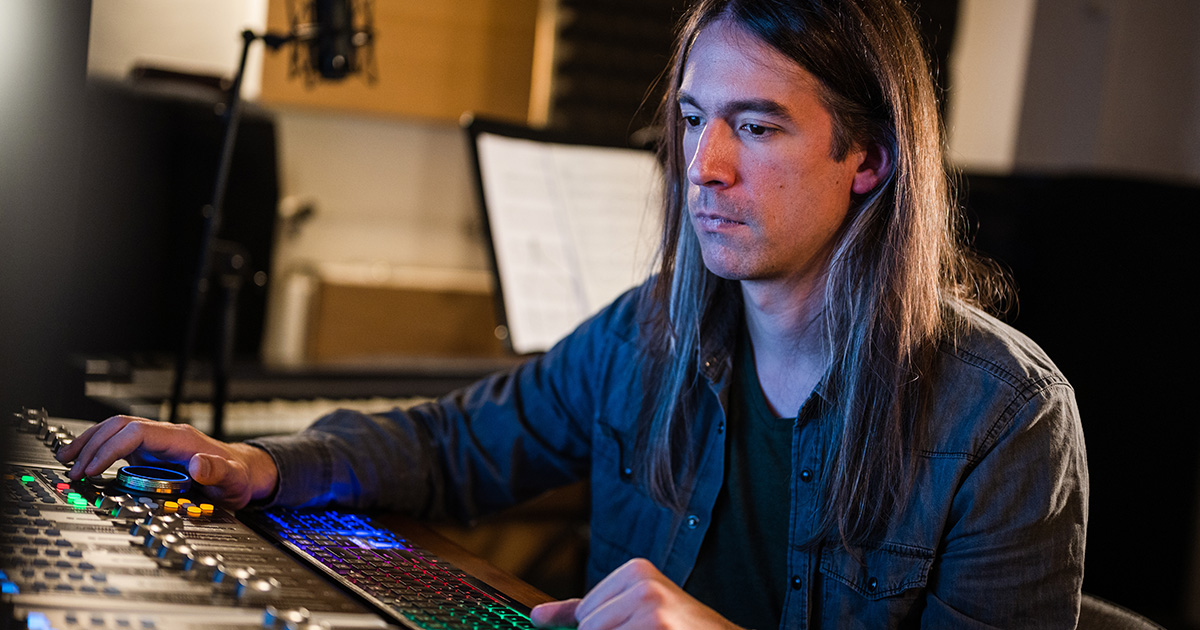 “My 20-cassette run of ‘hence’ sold out in eight months, so, I knew there is a huge demand for probing examinations of our own cognitive limitations and awareness,” said Mills, who performs under the name “Medial.” “But then I started reading ‘The Discourses of Epictetus,’ and I couldn’t shake the feeling that I should concentrate on the totality of existence, not only in terms of humans and animals but also every part of the universe, including the universe itself. But, like, in a deeper way that can only be expressed through sonic soundscapes.”

Friends and family of Mills say they find themselves perplexed by his attempts to relay the intent of his art.

“Whenever I ask Cooper about how the music’s going, he starts going on a spiel about how he wants to ‘dismantle the idea of subjective listening experience’ by making his presence indetectable or something,” said friend Adam Stone. “I try to ask questions, but he just starts going on all of these tangents about the cruel ironies of the ego and recursive thinking. At a certain point, I just start nodding and think of how soon I’ll be able to change the subject.”

Dr. Mark Etchingham, professor and author of “The Tired Sounds of Modern Ambient” says countless ambient musicians try to make a name for themselves by placing a greater meaning on their music.

“Rather than embrace the inherent ambiguity of ambient music and the unlimited interpretations a single piece could yield, composers will zero in on trying to distill their work into a singular yet expansive concept,” said Etchingham. “But then they’ll also post these 500-word backstories about ‘exploring the chaos of silence’ on their Bandcamp page, which is read by absolutely no one. I just want to tell them that listeners mainly want to hear something that sounds nice on a rainy day or that they can fall asleep to in 10 minutes or less.”

At press time, Mills was adding echo and decay effects in GarageBand to a recording of him plucking his roommate’s bass for 12 minutes and mulling between “part” and “of” as potential titles.