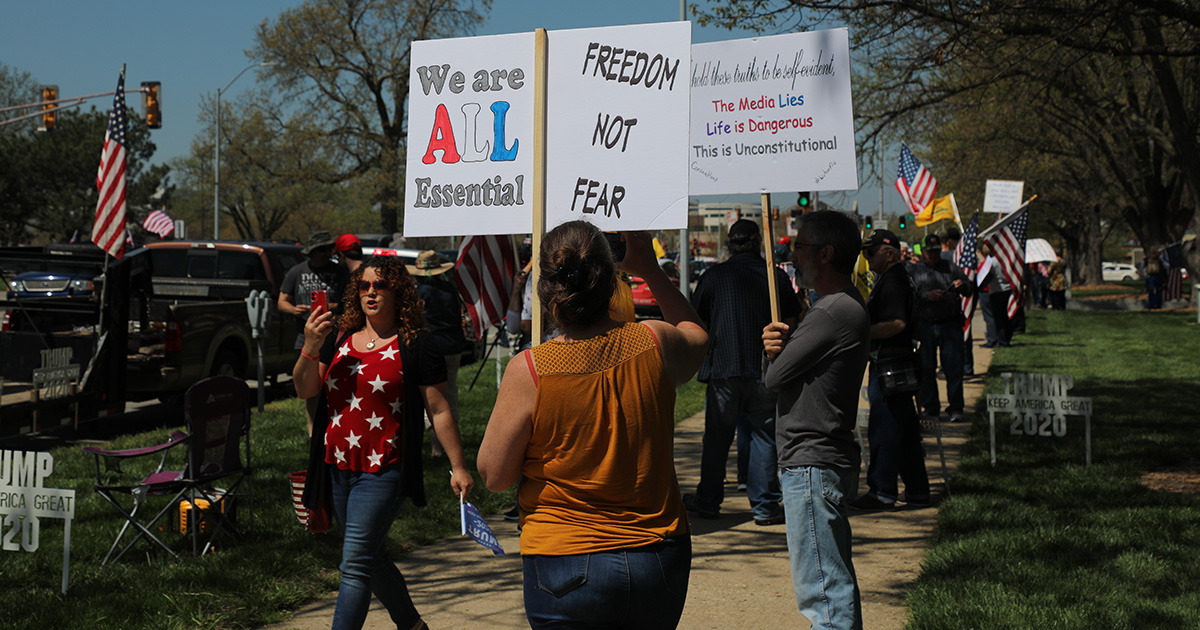 MIAMI — Protestors gathered for yesterday’s “All Lives Matter” rally quickly realized that they all already knew each other thanks to last year’s “Pro-Death Penalty” rally, racist sources attending the event confirmed.

“I didn’t expect this ‘All Lives Matter’ rally to be such a wonderful reunion!” confided Ned Wallace, simultaneously waving the American flag, the Confederate flag, and a “Punisher” logo flag. “My jaw just about hit the floor when I saw all my buddies from those ‘pro-death penalty’ rallies we had last year after that kid got caught with a dimebag of weed. Hell, I hope I see these same folks next weekend — we’ve got a ‘pro-life’ march on Saturday, and then an NRA picnic on Sunday.”

The “All Lives Matter” rally was held in response to a much larger “Black Lives Matter” event occurring simultaneously on the other side of town.

“I believe that all lives matter — which means it really fucking pisses me off when people say that black lives matter,” explained rally attendee Waylon Jarrett. “Anyway, it’s great to see everyone back after last year’s candlelight vigil to reinstate death-by-firing-squads. It’s a gorgeous day, and we’ve got tons of people out here supporting America because they want what’s best for our country. Although we did have to kick out a few pussies for wearing masks.”

According to experts, support of the death penalty is common amongst the “All Lives Matter” movement.

“In psychology, we call it ‘cognitive dissonance’ — when a person holds seemingly incompatible beliefs, such as saying that ‘all lives matter,’ while also endorsing state-sanctioned execution,” noted renowned psychologist Dr. Anna St. Claire. “Or pro-life advocates who have no issue with cops needlessly murdering civilians, or Trump voters who claim they aren’t ‘racist scum.’ You get the idea.”