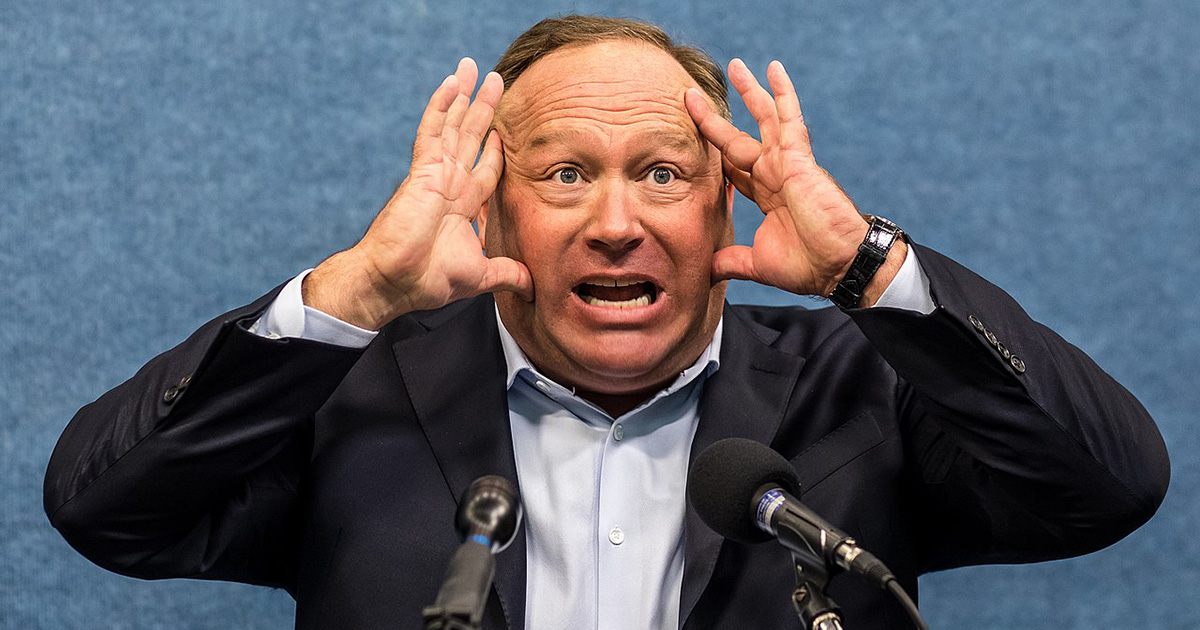 “The whole thing was clearly a hoax meant to distract the general public from what’s really important, like the reporting we do on InfoWars and non-FDA-approved supplements I sell in my online store,” said Jones before rattling off other major events in US history he claimed never occurred. “If anything, the trial was staged by the deep state. I mean, the judge was clearly paid by the government and the jury looked like they consisted of randomly selected people they picked up off the street. Hell, even the guy they got to play me in court looked nothing like me, he was fucking huge. The government is going to have to do a lot better than that to fool my audience. Or at least have George Soros hire more talented actors for these publicity stunts.”

“That guy knows full well the trial occurred, and all he has to do is look at his dwindling bank account to confirm the verdict,” said Bankston. “Also, Alex’s lawyer just so happened to accidentally send me a complete digital copy of all of his text messages where he confesses to knowing that the trial happened. Alex really needs to get himself a new lawyer, or at least a burner phone.”

“These nut jobs will say just about anything if they think it’ll somehow make them money,” said Bridgemont. “They’ll even wield the First Amendment like it was written for them personally. But you can’t shout ‘fire’ in a crowded theater, and you definitely can’t yell ‘horrific mass shooting that claimed the lives of innocent children never actually happened’ to an audience desperate to accept any conspiracy that fits their already existing beliefs.”

In related news, members of the herpetology community filed a lawsuit against Jones regarding his false statements about the governement using chemicals to turn frogs gay.