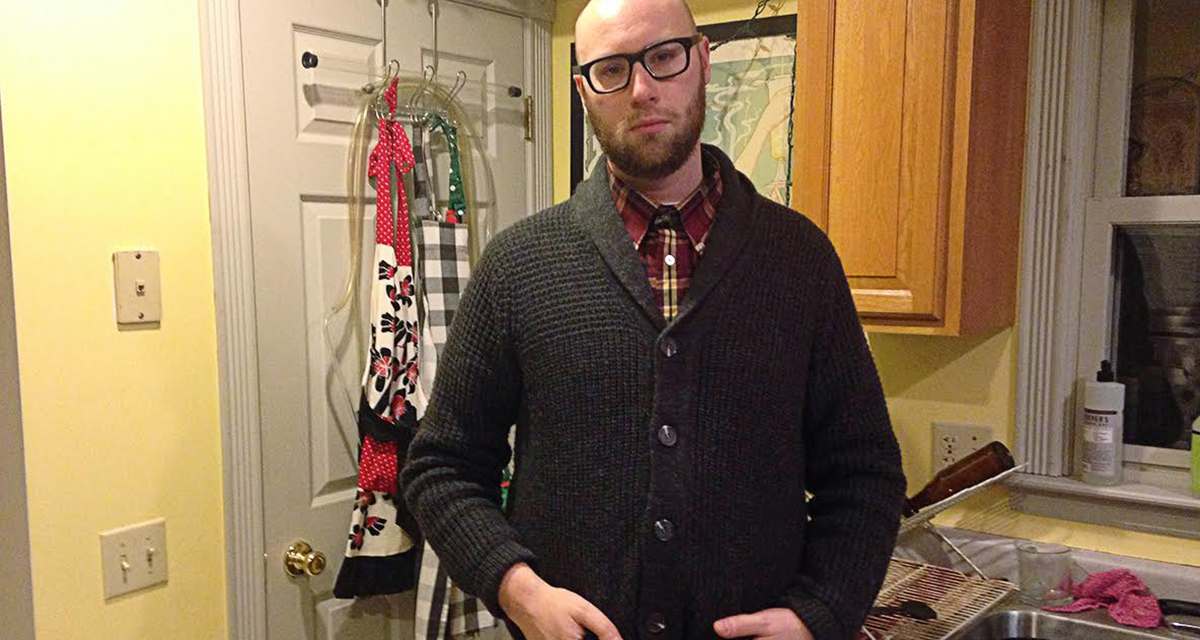 “He fought. He really fought,” sniffled longtime friend Joey Staples. “Every time he finagled himself into his favorite pair of riveted, floss-sewn, bondage franken-pants, I could tell it took just a little bit more out of him.”

Friends and family discovered Bergeron succumbed to well-fitting clothes when he was seen in what appeared to be a pair of slim-fit slacks from Old Navy and a loose, knit sweater, an outfit which was not only sensible for the weather, but took less than 5 minutes to assemble.

“I get why everyone is sad. We all put a lot of time and hard work into sewing patches on my jackets and pants,” said Bergeron, displaying a full range of motion in his legs. “But it just became annoying. I sweat a lot more now for some reason, and those clothes were just so restrictive. Turns out wearing leather pants at the gym leads to a lot of chafing.”

Bergeron, whose legendary wardrobe once consisted of ratty, cheese-cloth-esque band shirts and a hybrid leather/denim jacket held together by industrial safety pins and Shoe-Goo, could feel his time in form-fitting clothing was drawing to an end for months.

“It started last year when  I was at Costco with my girlfriend and we walked by the sweatpants,” he said. “They were calling to me like… like if I just let go, I could finally be welcomed into the sweet relief of comfort.”

He is survived by his family, girlfriend Jenni, and a pair of calf-high pleather combat boots. Some left behind by Bergeron’s passing have expressed anger along with their grief.

“You think I want to wear all this shit? You see these Docs on my feet? I would rather be dead then put a Dr. Scholl’s insert in them,” said Staples, sweating heavily but refusing to remove his heavily studded jacket. “It’s a rad-as-shit burden. I just can’t believe he left us like this. Rest in piss — fucking sellout.”

UPDATE: A private ceremony will be held at the local clothing consignment. Bergeron’s family asks that those who wish to contribute consider a donation of used bondage and bullet belts.