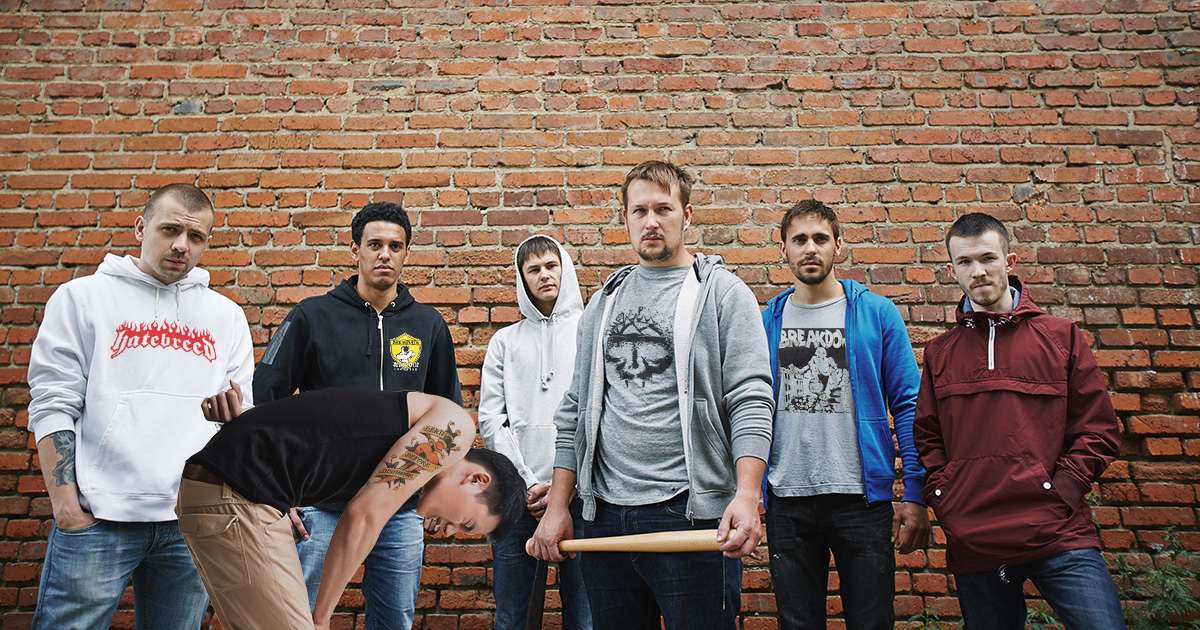 BILLERICA, Mass. — Local Brick Fist Boys crew member Sean Webster stood with his arms crossed in a recent photo for fear that he wouldn’t be able to return to an upright position after crouching, intimidating and tattooed sources confirmed.

“I’ve always been one of the smaller guys, so I usually crouch right down in front with Little Tim. But years of moshing have taken a toll on my joints, and once I take a knee, I’m down there for a while,” said Webster, while using a foam roller on his lower back. “I want to try to get some strength back in my knees by riding a bike or something, but if any of the guys saw me riding around like some townie with too many DUIs I’d be laughed out of the crew. So I’m just gonna keep taking my dog’s glucosamine and see if that helps things.”

Long-time crew member Danny “Chubbs” Franklin noticed Webster’s sudden reluctance to take his place in the front of the photo.

“Traditionally, we’ve all assumed the same position in each photo we’ve ever taken together. When someone suddenly goes rogue and takes a new pose and position, it throws off our whole chemistry,” said Franklin. “I get the desire to mix things up — I get a little sick of being the guy wearing the blue Red Sox hat in each photo — but Frankie is the scally cap guy, and I’m not stepping on his toes. Whatever [Webster] is going through, he needs to work that shit out ASAP.”

“The people I treat have done some serious damage to their bodies thanks to botched stage dives and countless hours in the pit for their friend’s bands,” said Dr. Wise. “To ensure the best chances of living a pain-free life, I suggest that my patients bring a folding chair to shows so they can give their legs a break, and to ask for assistance when crouching in photos if it absolutely cannot be avoided.”

Webster still holds out hope that the rest of the crew will accept his new position, and is preparing to ask if he can be the one guy giving the camera the finger from now on.