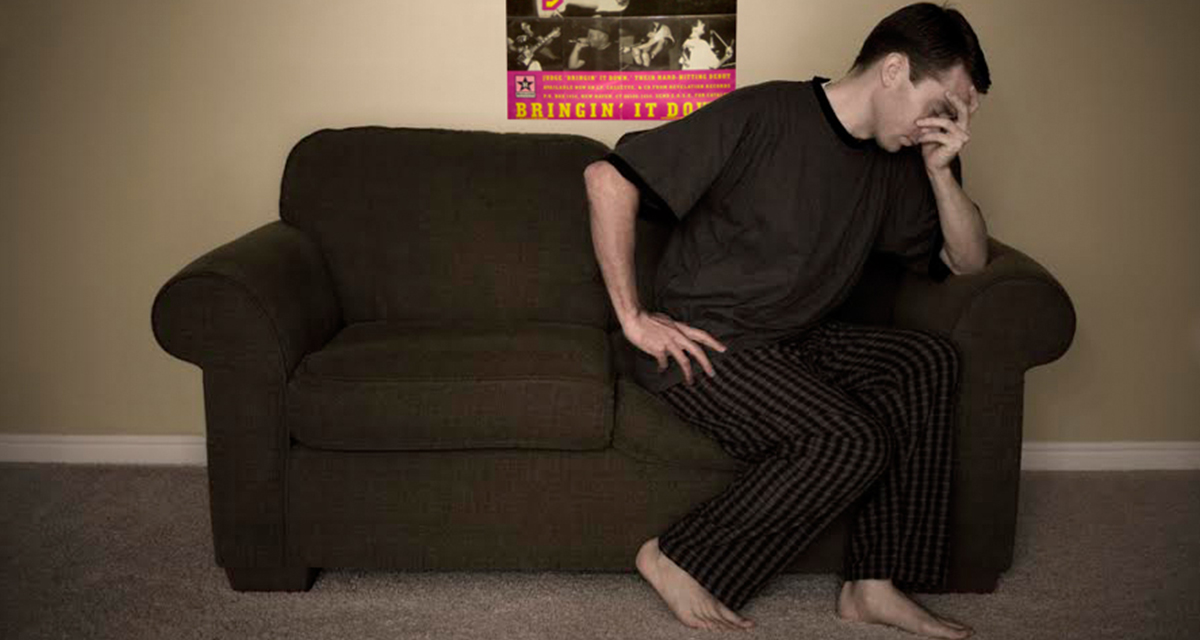 SALT LAKE CITY – Following a long night of pile-ups and sing-alongs, local hardcore fan Adam Brooke heavily regrets not stretching before the show. Speaking from a reclining position on his couch, Brooke informed The Hard Times he is almost completely immobile due to muscle soreness.

“I used to be able to handle this sort of stuff in my 20s, but I’m 32 now I need to start making better decisions before going off at shows. It feels like I ran a marathon carrying a mini fridge on my back,” Brooke said, with two large bags of ice under each thigh.

Witnesses at the show report that Brooke was, in fact, going a little too wild for a man of his advanced age.

“For the first two songs, he was going nuts, then he went and leaned against the wall for three or four songs and just seemed to be catching his breath,” one witness, who chose to remain anonymous, said. “During one song, he tried to pile up and turned so red pushing up on a guys shoulder, I thought his head was going to explode.”

With the uptick in reunion shows in the past few years, more and more older hardcore fans find themselves wishing they had better prepared for the toil on the body that show participation entails.

“Some of the bands I saw when I was a teenager are doing these 15-year anniversary shows, playing an old album in its entirety. Those songs make me go off like I’m a kid again, but I also need to realize that stretching is fundamental. I can’t call into work and tell them I’m stiff from moshing,” Brooke said. “Do you guys hear that loud ringing? It sort of sounds like someone left an old television on. Please don’t tell me I am going to start being the guy wearing ear plugs at the show now, too.”