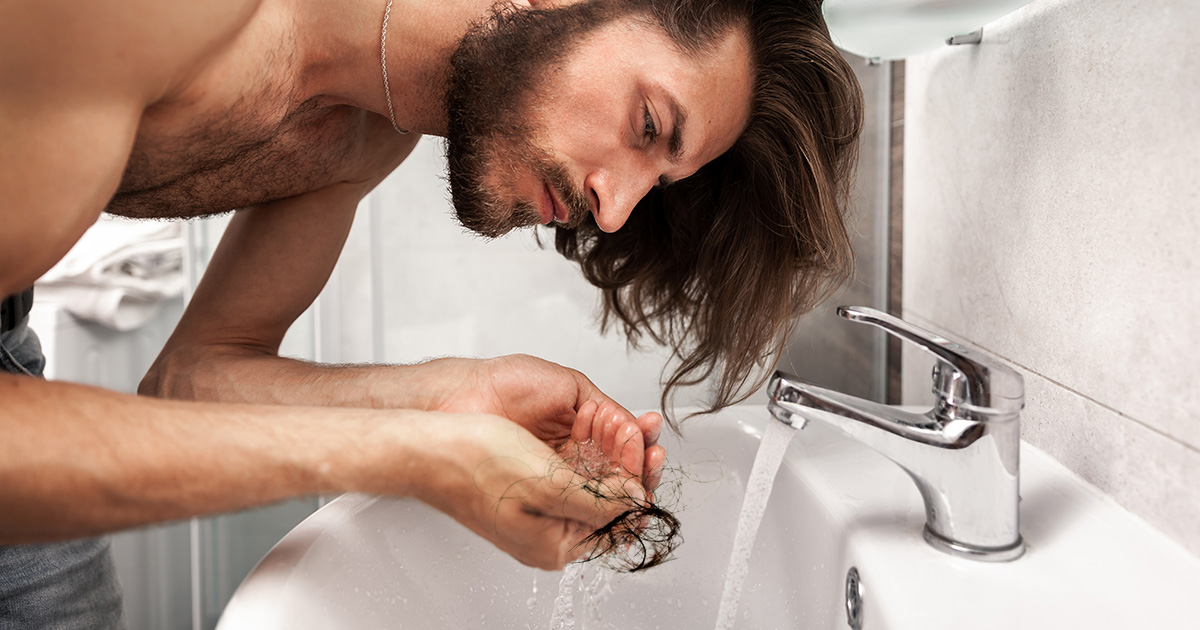 “The men in my family go bald pretty early. I always said it wasn’t going to happen to me, so I guess my dad is feeling pretty vindicated right now,” said Calva while trying to decide which kind of “hat guy” he will be. “I’ve been pouring over photographs to see what my hairline looked like back in 2002, and it’s tough to admit that thinning hair has a good hold on my scalp. I’m going to go listen to the saddest songs I can find, sit alone, order some Rogaine, and debate whether hair plugs are a good option for me.”

Calva’s wife Jenny, no stranger to her husband getting emotional, is dreading how he’ll react over the coming days and weeks.

“He’s always been the type of guy who’d rather write you a song on his guitar or mail you a hand-written letter than have an actual conversation about what’s bothering him, so this is going to be bad,” she said while trying to avoid reminding her husband that his favorite albums are over 20 years old. “I blame Chris Carrabba. My husband has always followed Chris’s lead when it comes to hairstyles, and lately, those choices have been a disaster. He can’t dye his hair and cook it with a flat-iron everyday. He’s 35! That stuff takes its wear.”

“As the emo, screamo, and emocore demographics enter early middle-age, they’re running into a lot of long-term side effects from their lifestyle,” says, Dr. Emerson Saddlecreek, author of You Can’t Yell Forever: Oldness and the Emo Generation. “Certainly bald and thinning areas in asymmetric hairdos are increasingly showing, but chronic tight pants are causing serious circulatory problems. Worst of all for some — you just start getting weird looks when you go into Hot Topic after a certain age. They’re in for a rude awakening when one day they fall and break a hip, and these Get Up Kids can no longer get up.”

Calva spiraled all over again after realizing his slowing metabolism meant he could no longer fit into his favorite youth large Piebald shirt.