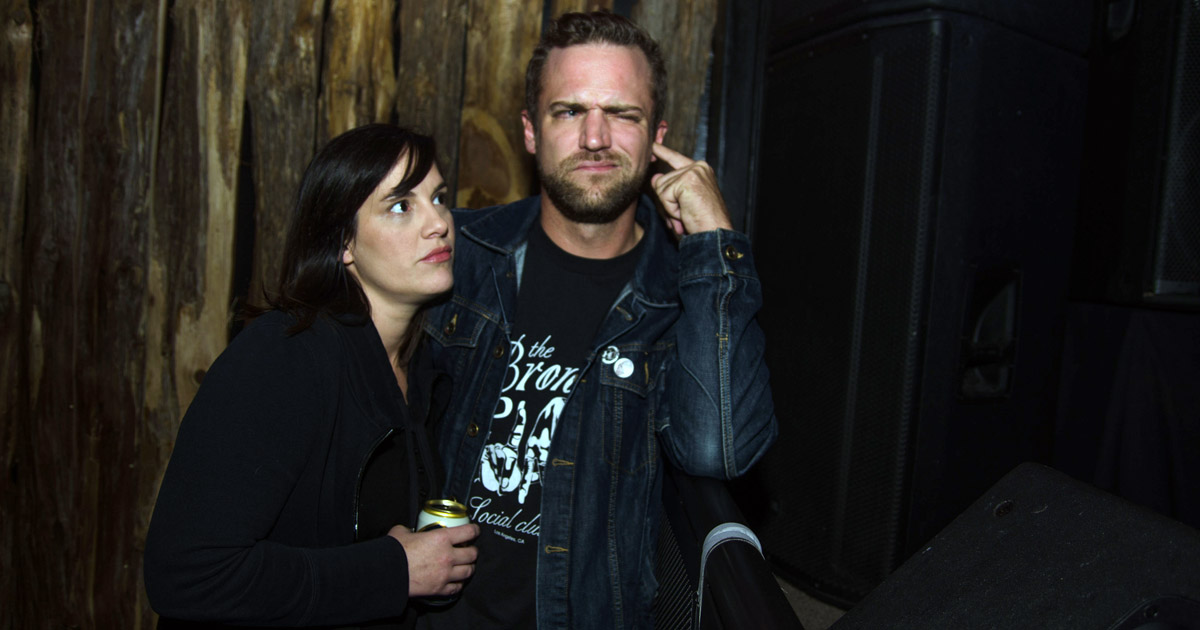 BALTIMORE — Married couple Kenny Wallace and Audrey Tyler are praying to “Christ or whatever the fuck” that the band they’re seeing will not return to the stage for an encore, tired sources who have to be up for work in the morning confirm.

“One of their roadies just set up an acoustic guitar by the front of the stage, and their amps are still turned on, so this is a pretty bad sign,” said Tyler as she massaged her own neck. “They’ve already played for 45 goddamn minutes — that’s enough on a weeknight. Other than two or three fan favorites, they played all their good shit, so I’m really hoping they just call it a night.”

“This might be a one-time reunion tour sort of thing, but they have to realize it’s almost 10:30 p.m. on a Wednesday and neither of us remembered to bring earplugs,” said Wallace with his hands on his hips, trying in vain to stretch his lower back. “If they come out and play an encore, we could be here for another 15 to 20 minutes… which I’m definitely gonna be feeling at the office tomorrow.”

“Plus, my sciatica is flaring up from all this standing. I swear, if another person bumps into me tonight, I’m going to lose my mind,” he added.

The majority of fans attending the show, however, are gleefully anticipating the band’s return to the stage.

“I was looking online and I saw they played their entire first E.P. in full for an encore in Boston last Friday — that would be so sick if they did that tonight,” sweaty showgoer Rosa Neal said between chants of “one more song.” “Things are looking good. The house lights still haven’t come on, and it looks like someone just fired up a smoke machine… glad I got a little bit of a rest, because I’m about to go off!”

At press time, Wallace and Tyler were having a frank discussion about how shows “just aren’t as fun as they used to be,” and that venues need a section catered to adults who “just want to sit down and enjoy themselves.”