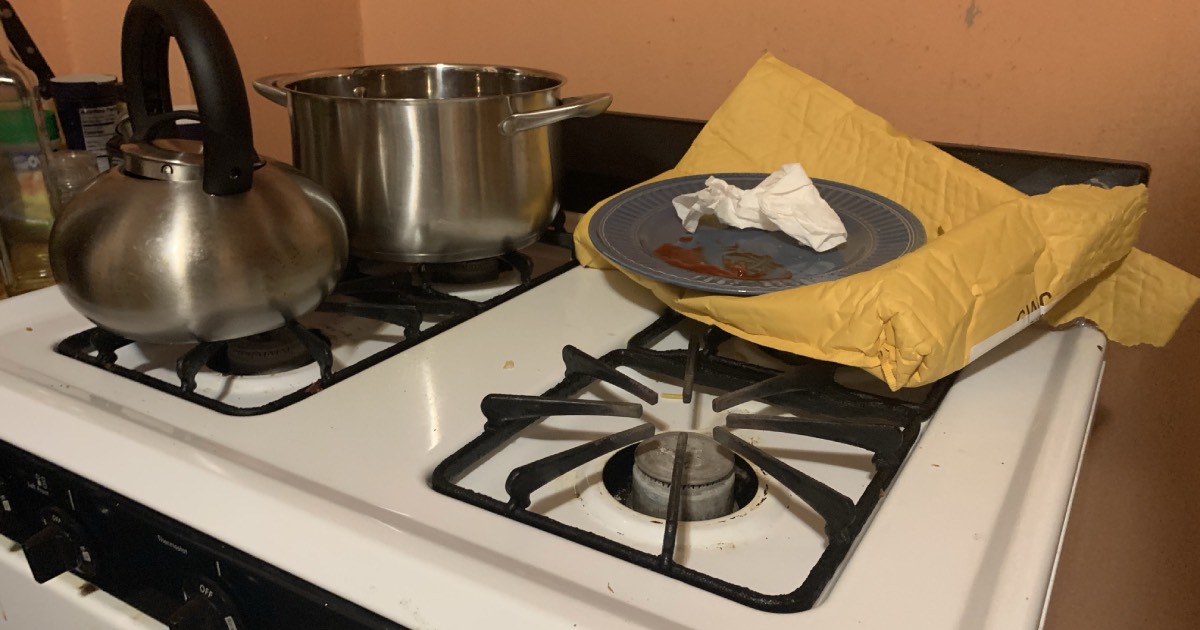 SOCORRO, N.M. — A long-forgotten 10-quart pot filled with vegan chili was officially rebranded into a fully-functional composting toilet following the consumption of a box of Franzia on an empty stomach, sources report.

“I guess I had a long day, or few days, or just… this year is so fucked. So I attempted to unwind a little bit after I finished my last work call,” said local woman Kelsey Zamora. “Then, 31 glasses of sunset blush and half a Domino’s pizza later, I just got crazy sick out of nowhere. I must need more sleep or something. Luckily, that huge pot of chili that’s been on the stove for like, three weeks was still sitting there, which ended up being a real lifesaver for both me and my hoodie.”

Since vomiting into the abandoned pot of chili made and left by Zamora’s roommate, Lisa Scott, the household has dubbed themselves practitioners in the sustainability movement.

“We take sustainability pretty seriously around here, as evidenced by all the toilet paper rolls all over the bathroom floor, and the spider plant by the garage door, so it’s only natural that we’d transition into having a receptacle that turns shit into garden soil or whatever,” Scott explained. “Honestly, I was planning on throwing it out once I figure out when garbage night is, or just burning it and burying the remains in the woods behind the house anyway. So this saves that trouble, and plus, it’s good for the environment.”

While some are open to the new changes to the home, others are less than enthusiastic about sharing a kitchen with a pile of vomit.

“Before it just looked and smelled like human waste, and thanks to Kels, it actually is human waste now… except now it’s also kind of pink and highly flammable,” said frustrated roommate, Dion Lovrien, of the puke-filled pot. “I’m not sure why everyone keeps calling the dishes that have been sitting on the stove for the last month a ‘green appliance,’ but all I know is that chore charts are definitely bullshit in this house, and I’m probably not going to get my security deposit back.”