“A Pox on the Police!” Proclaims Elizabethan Punk 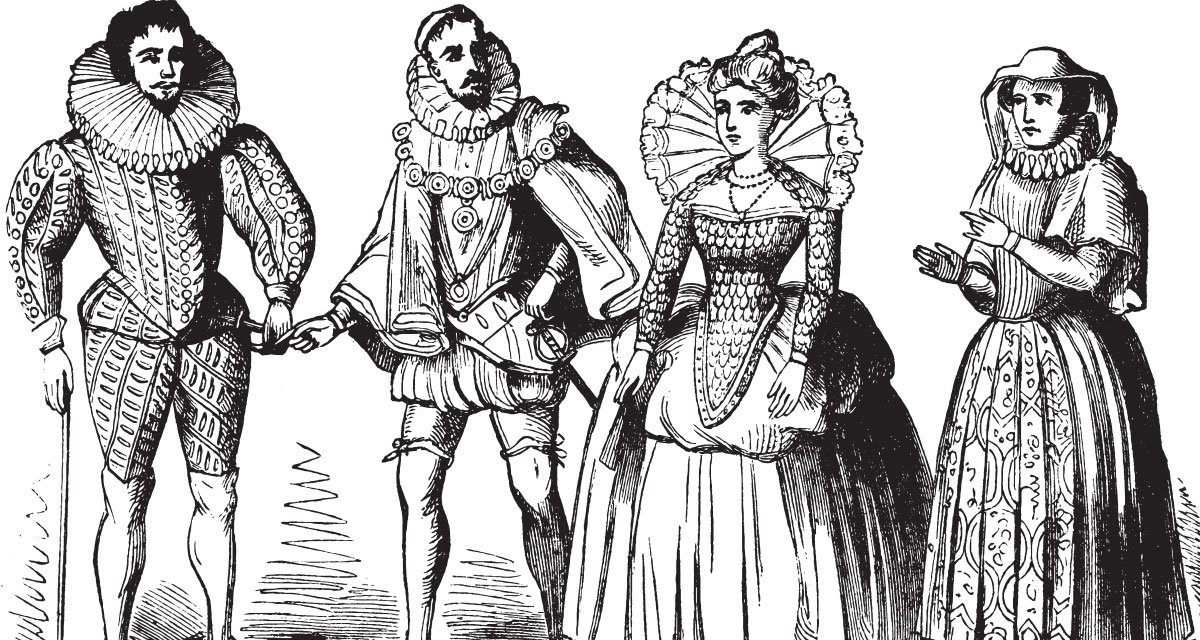 STRATFORD-UPON-AVON, England — Local punk and detestable rascal of ill-repute Bartholomew Alfraye expressed a most ghastly proclamation of ill-will today upon the members of the local constabulary of Warwickshire, scandalized authorities reported.

“Methought mine ears deceived me: sure, he wasn’t wishing pox upon my house?” said shire-reeve Josias Guildeforde. “‘Sir, you forget thyself,’ I retorted, informing the knave I would beat thee, lest I should infect my hands. T’wasn’t ‘til yond vile scoundrel referred to mine own beloved matriarch as ‘naught but a hobby horse befit for townsfolk to take pleasure’ and made a most obscene gesture that I had little recourse but to demand satisfaction. ‘Beware the ides of March!’ says I whilst raining blows upon this loathsome beast.”

His faculties revived under the care of ye barber-surgeon, Alfraye recounted the events leading to this most shameful thrashing.

“My garage acting troupe were rehearsing Thomas Kyd — for we fuck not with that gold pillaging Marlowe — when yond crumpet-munching reeve approached with hassle in his heart intent on engaging in the busting of bollocks,” explained Alfraye. “For we had done nary a thing and heavy is the head with the sick gelled mohawk, I pledged to defend our honor. Mine compatriots mocked this declaration! ‘Frailty, thy name is Alfraye,’ they would tease!”

“And so it was, with my cred besmirched, I proclaimed that not only shall I wish a pox upon the police, but I shall bite my thumb at him as well,” Alfraye added. “A disgrace should he bear it. ‘What-ho! Prepareth to square!’ I accosted. And though thereafter a blackness came over me until this moment, I presume a valiant battle was fought by all.”

Area rapscallions were most perplexed by this sudden turn of a once-thought to be the most cowardly of urchins.

“Upon receiving word of this most badass of happenings, we thought, ‘Surely not Bartholomew,’” explained revered area miscreant Esau Ffrewyll. “For it was commonly beknownst across the land that Alfraye t’was not but a total paughzer who knew not of the bard’s early work — yea, only his mainstream shit. I recall venturing upon yond irksome dullard between sets at the Globe theatre nary a fortnight ago: we cast him out with jeers of, ‘Get thee to an Urban Outfitters!’ How a moldy codpiece such as this should suddenly have grown upon his person a pair of the most substantial brass is beyond comprehension. Mayhaps mine own scorn was ill-directed.”

Alfraye was last spied lavishing in the fruits of his new-found scene nobility by inquiring of all those onto whom he came if, perchance, they had a couch upon which he might crash.