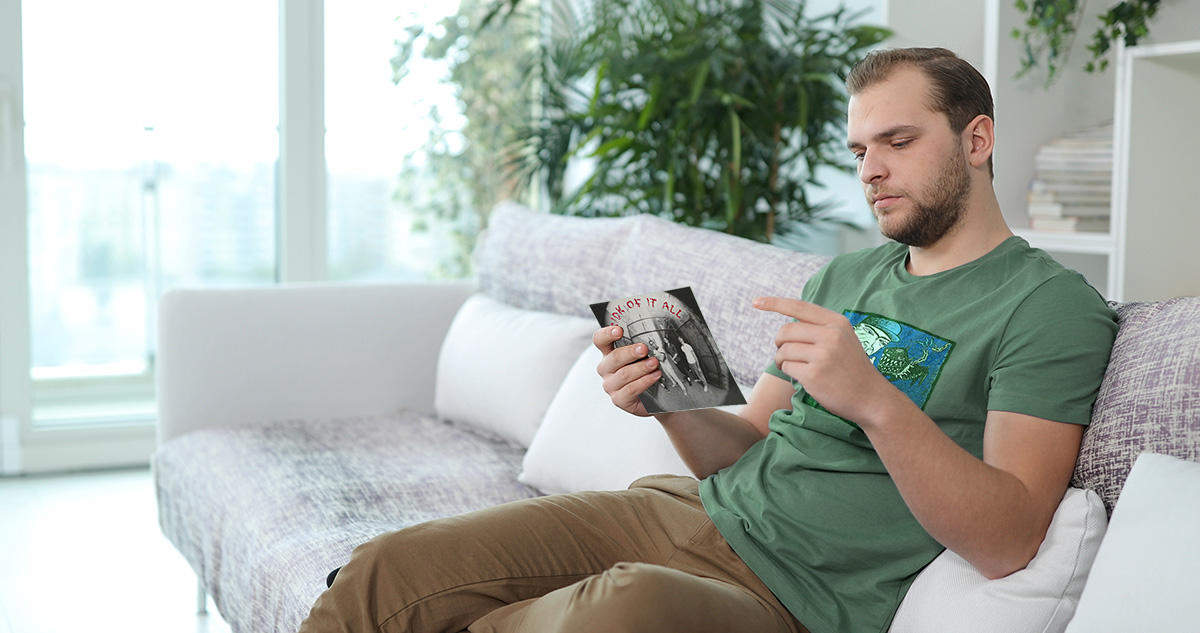 ARLINGTON, Va. — Local punk and 7” record collector Oliver Haggarty fully believes that vinyl records requiring listeners to sit for two minutes, and then stand up again to flip the record, offer a superior listening experience to those that don’t, confused sources confirmed.

“It’s weird — I think he gets as much enjoyment out of getting up and down as he does from the music,” said roommate Dante Carrick. “Sometimes, he does this little fist pump when the song ends and it’s time to flip the disc. We had some friends over to listen to some of the first Dischord Records pressings, and Oliver wouldn’t let anyone else get up and change it, even though they volunteered. Most of these songs are, like, 90 seconds long.”

Haggarty, who allegedly owns a vast collection of ’80s hardcore 7” records famous for short sides that require near-constant flipping, has received many full-length LPs from well-meaning loved ones over the years — all of which still remain in cellophane wrappers.

“What am I supposed to do with those? Put them on, and just sit there like a jackass for 25 minutes?” a frustrated Haggarty asked. “I question any song longer than two minutes. If you’re a musician, say what you want to say… and let me stand up again when you’re done, you know? These quads aren’t going to work themselves.”

However, close friends and loved ones think Haggarty’s obsession may be from taking the DIY ethic a little too intensely.

“He sometimes gets real worked up about these things,” admitted Alicia Haggarty, his mother. “He once yelled at me for sitting through a full side of an Alvin and the Chipmunks record when he was little, and muttered something under his breath about how ‘blood flow makes the music sound better’ or some shit like that.”

“Here’s an idea,” she added. “If blood flow is so important, maybe if I start setting up little garbage cans around the house, it’ll motivate him to get up and take out the garbage once in a while!”

For his part, Haggarty is steadfast about his tastes.

“I don’t get everyone’s problem,” he said. “I have other hobbies, too, you know. You should see my collection of David Lynch short films on 35mm film reels. Talk about a rush!”