$35 Kroger Gift Card to Absolutely Crush at Christmas This Year 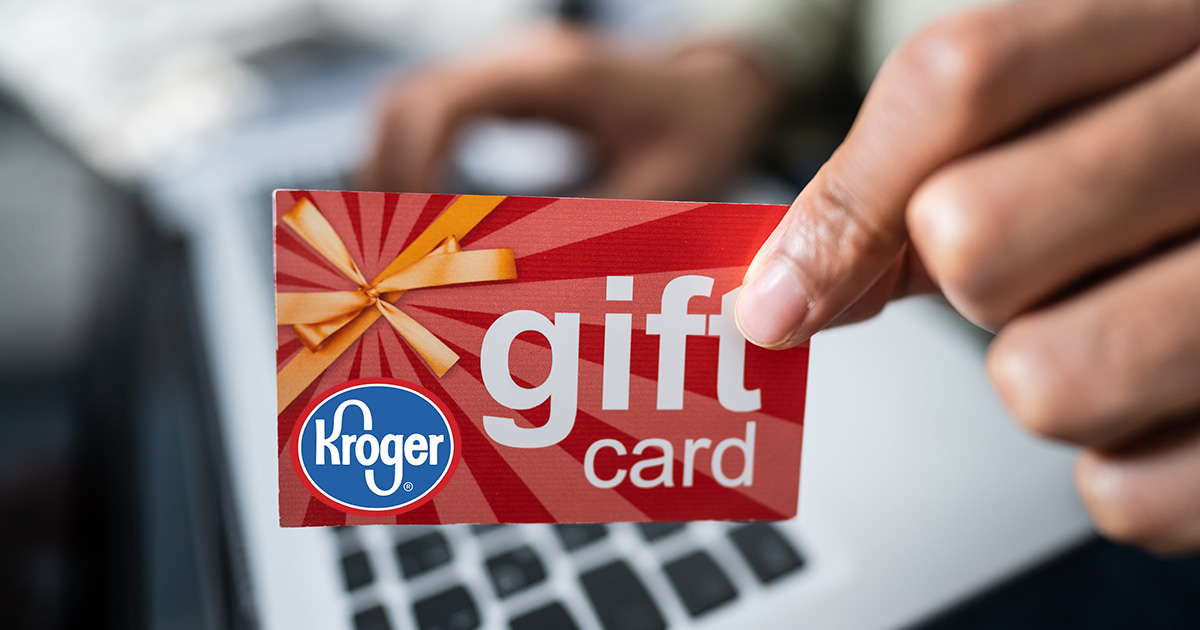 LEWISBURG, W.V. — A $35 gift card for the Kroger grocery store chain, courtesy of local mamaw Juanita Crabb, is expected to supersede all other gifts this Christmas, sources on the brink of eviction confirmed.

“She’s always been a little hard to shop for, and most years I don’t even get a card or a phone call saying thank you or Merry Christmas or anything,” Crabb said of her granddaughter, Kayla Frye. “But this year she called me up bright and early, saying a bunch of stuff about it being a ‘lifesaver,’ and I’m pretty sure I even heard her crying at one point, bless her heart. It’s probably because of the gloves/hat/ear warmer set… or maybe from the two calendars I tossed in that the VFW sent me for my annual donation. This year it was an American birds theme, and I know how much she loved little birds as a kid.”

Indeed, Frye could barely contain her gratitude for the practical gift, which will be used to keep her and her three-year-old son, Matthew, alive for a few more days.

“Honestly, a ride to the food bank would have been enough right now since I can never get there on time during work, but $35 to spend on whatever groceries I need? I feel like I won the fucking lottery,” a near-frantic Frye stated before asking what day it is. “Plus, going to the grocery store is pretty much the only social thing I really do anymore. It’ll be so nice to walk in there and just have my pick of anything I want, as long as it’s under $35 before tax, has a shelf life of at least two years, and ideally isn’t already WIC approved.”

The card in question, which has long been dismissed as a “bullshit present” typically reserved for secret Santa gift exchanges and holiday bonuses from companies who “clearly don’t care about us,” is reveling in its moment.

“For far too long, my kind have been written off as ‘insincere’ or ‘lazy,’ but I knew that someday, our time would come. And the holiday season in this year of our Lord, 2020, is that time,” said the gift card, which has no set date of expiration, but is not eligible for fuel rewards. “Shout out to my Visa gift card brothers and sisters out there — this year is gonna be one for the books, that’s for sure. Maybe when this is all over we can get together, burn a Nintendo Switch, and piss on the ashes!”

Various gift cards and certificates of store credit across the country who were previously traded for weed are currently in desperate negotiations to return to their former owners.