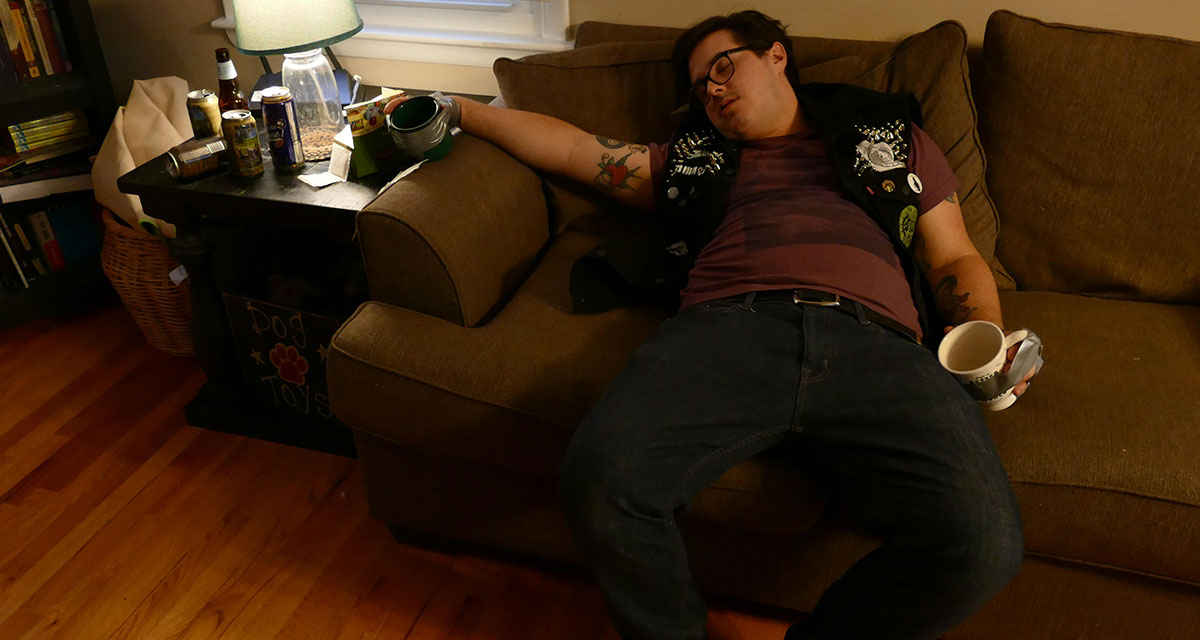 “In my prime, I could take anyone in a game of Edward 40-hands,” Diaz said while absent-mindedly rubbing his shoulder that’s been acting up recently. “But now if I play on a Friday night, my body is fucked until Sunday afternoon… and I really shouldn’t be having any stimulants or depressants after 9 p.m. anyway. But this is still a badass game — you gotta pound those teas before your hands get too hot, and if you finish first, you get to be the hero and add some lemon or honey for people who need a second wind.”

Younger pre-gamers were distraught by Diaz, a far cry from the legendary partier of whom they’d heard so many stories.

“I heard that one time he finished a game of 40-hands in 4 minutes, went to the nearest gas station to buy a tallboy of Steel Reserve, then came back and shotgunned it before anyone else was even finished a single 40,” said local drummer and pre-gamer Kellyn Marlowe. “Watching that man — my idol — double-fist hot tea while talking about its benefits for joint health was, to put it mildly, the most depressing moment of my life.”

While most participants went straight home to get a good eight hours of sleep, the few who went to a house show afterward weren’t happy with the game’s effects on the night.

“I slammed both teas in 45 seconds and burned the shit out of my tongue, which sucked,” party animal Derrick Hoss said gingerly. “It’s not nearly as fun as Beer Pong, King’s Cup, or Shot For Shot, but it does give me a nice, warm feeling in my tummy, and doesn’t make me piss myself. I get why people like this sort of thing.”

Diaz was also allegedly seen asking for a good sourdough starter, as he feels “getting into baking seems exciting.”