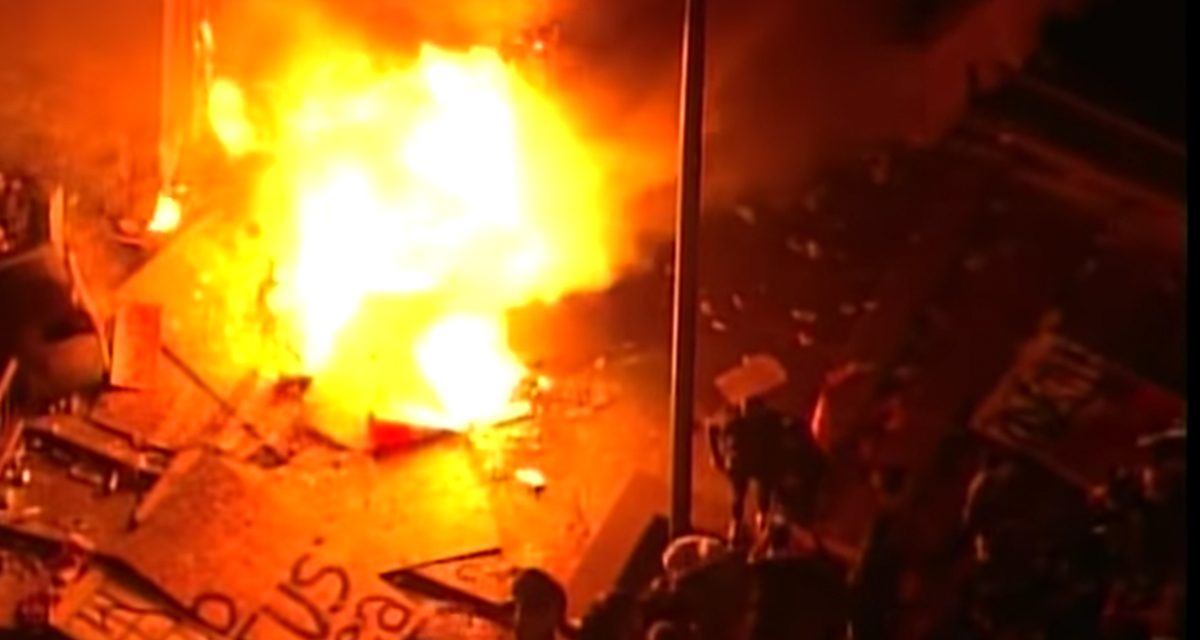 “We see this as a step in the right direction, but unfortunately, we live in a reality where there are thousands and thousands of police stations that are completely untouched. It’s not until every last police station is reduced to ash that we will feel the need to celebrate,” said community organizer Eva Longworth. “What’s truly tragic about this situation is that no cops were injured, which we hope changes in the future. Everyone inside had already evacuated. They put up a cowardly fight before fleeing in helicopters… I just hope the next police station has all the emergency exits blocked as it’s set ablaze.”

Activists note that similar buildings dedicated to furthering racial inequities and oppression are located all across the country in large cities and small suburban towns.

“Just go on Google Maps and you can locate your nearest police station. These buildings are typically occupied by extreme racists with unchecked egos and a need for power,” said crime analyst Drew Paez. “In most cases, the so-called ‘officers of the law’ are unable or unwilling to seek employment at respectable establishments where they aren’t enforcing this country’s history of white supremacy. Hopefully, some of them resign and get real jobs helping their communities, but if they don’t, then fuck ’em. Let them burn.”

The burned station leaves behind a dark legacy of racial injustice for which the victims of targeted policing will never see retribution.