14-Year-Old Unclear if He Is Allowed to Like Sports 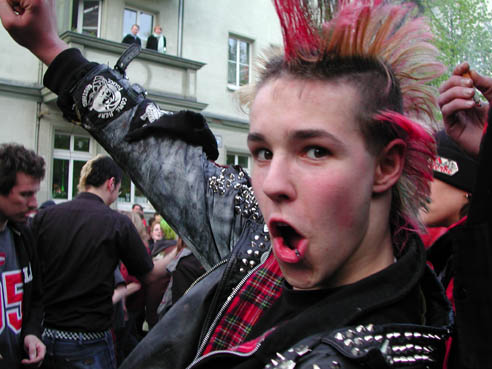 “Whether it’s fucking watching football or playing golf, I’m pretty sure I hate all that jock stuff now,” Kohle said. “I like punk and I don’t think any of the guys I go to school with even get it.”

Kohle’s best friend and captain of the football team, Austen Greene, was worried about the changes his friend was going through.

“He seems to be going a bit overboard. Last month he loved the 49ers and now he thinks the entire team is just a bunch of ‘dumb jocks,’” Greene said. “And all of a sudden he is wearing his grandfather’s army jacket and covering it in dumb patches.”

According to his parents, Taylor is not the first child in the Kohle family to have a falling out with organized sports. Taylor’s older brother, Mason, quit playing baseball and entered what his family refers to as his “goth phase” during his freshman year of high school.

Taylor and Mason’s father is confident his youngest son will come around and continue to watch sporting events with him, especially now that the NFL season is heating up.

“I don’t give a rat’s ass what his mother says. If he’s living under my roof, then he can watch the games with his old man,” Todd Kohle, Taylor’s father, said. “Mason went through all that hormonal shit with the weird haircuts too. It’ll pass.”

Mason Kohle is currently starting third baseman for the UCLA Bruins and could not be reached for comment.