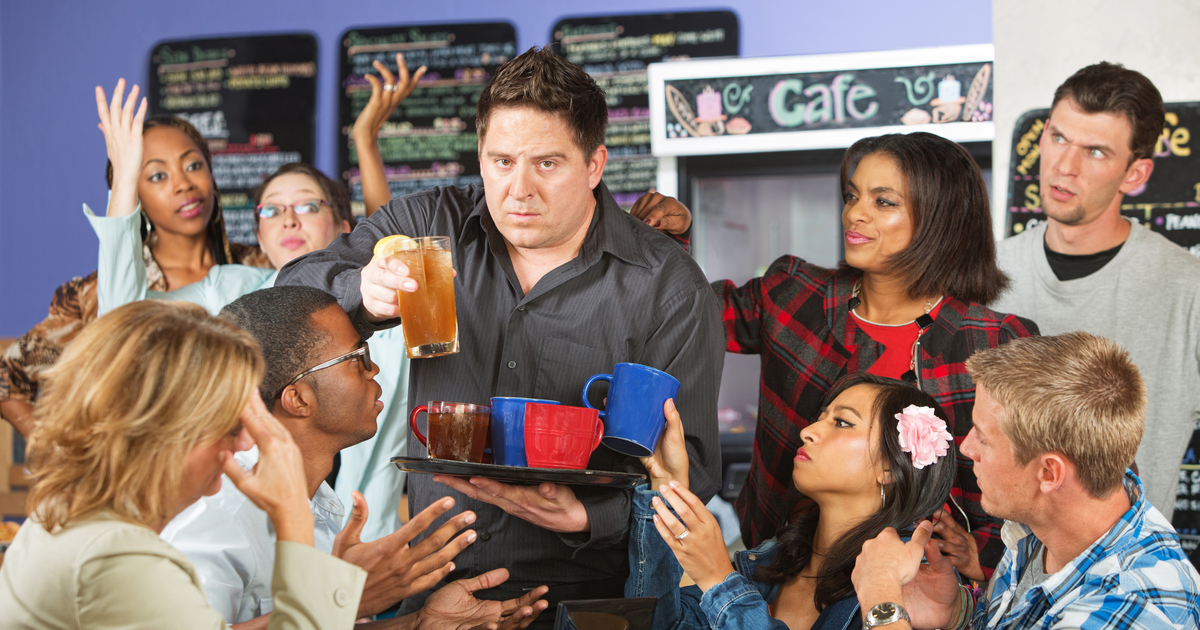 When I got my first barista gig, I didn’t believe them; all those sad 40-somethings that used to come into the cafe. They would order some iteration of a half-caf soy latte and blabber about their time as a barista, then leave without tipping. I would smile and nod until the end of my shift when I would go meet my friends for a lunch of Fernet Branca and American Spirits with a feeling of superiority. That was nine years ago.

After nearly a decade of listening to these assholes trying to bond with me over their missing youth, I’ve started noticing horrifying signs that give credence to their stories. Now I’m afraid that if I don’t die with a portafilter in my hand, I might turn into one of these dicks.

At first, I thought it was bullshit. When “soy-mocha Mike” started bragging about how he once traded a bag of single-origin coffee for Sleep tickets I figured he was just trying to flirt with my underage co-workers, again. Then there was that yoga lady who always wants to talk to my manager because her cortado “isn’t hot enough.” One day she just casually mentions winning a latte art throwdown. Well, it was easy enough to dismiss these stories as apocryphal. Maybe those yuppies just learned a few buzzwords and we’re trying to distract me from the fact that they never tip.

Then something happened that shook me to the core. I was making a drink for an insurance salesman who claimed he used to play bass in a doom band. He ordered “a latte but with extra foam and a little cooler but not a cappuccino, know what I mean?” so I smiled and made his dumb ass a cappuccino. I had just finished rolling my eyes after swiping his Costco Citibank card when I caught a glimpse of his arm, giving me a shock. It was covered with a Cthulhu tattoo. His story was true, he really did use to play bass in a doom band!

And if his story was true, what about the rest of them? Like the sweater-vest guy who always demands table service even though we aren’t a restaurant; did he really sell his fixie to buy a stroller as he once said? Or the woman who orders blended chais even though they aren’t on the fucking menu. Maybe she really did have her gauges sewn up so she could get into law school. And what about that fat old guy who claimed to be Glenn Danzig?!

And why do none of these fuckers know how to tip?!

Now, I myself am an elderly barista. In two days, it will be my 30th birthday. I can feel my destiny closing in on me, but I won’t let myself fall victim to a fate that has taken so many others. I have resolved to drink this entire gallon of cold brew in one hour. I will either become pure energy or die in a caffeinated blaze of glory.

So can you cover my shift?