Wow: When a Historic Movie Theater Was on the Verge of Shutting Down, These “Rocky Horror” Re-Enactors Swooped in to Finish the Job 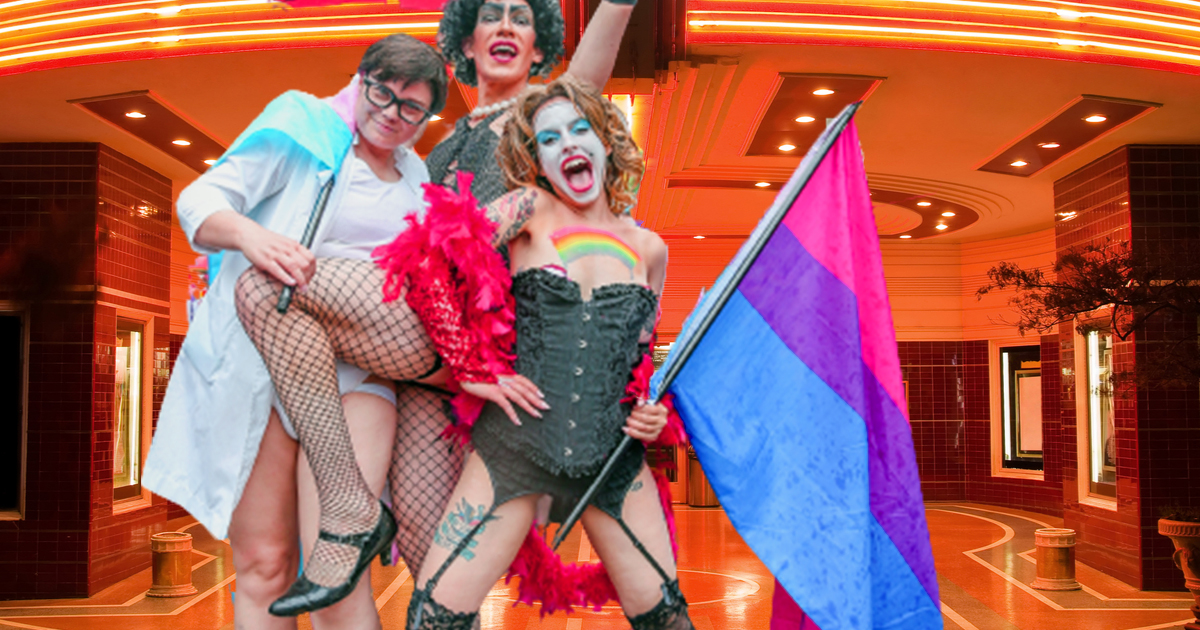 Of all the businesses and institutions affected by the COVID-19 pandemic, movie theaters were among the hardest hit. When the historic Odeon Theater in Duluth, Minnesota finally reopened after nearly a year, it didn’t seem like the slow trickle of returning moviegoers would be enough to sustain the vaudeville-era treasure for much longer.

That’s when a local theater company called The Hot Patooties decided it was time to save the day by staging a series of interactive “Rocky Horror Picture Show” screenings, singlehandedly and inadvertently ensuring that the theater would be shuttered for good.

“What better way to get people excited about the movies again than by giving them a break from the same old boring movie theater experience?” said troupe leader and de facto Dr. Frank-N-Furter impersonator Sal Padis, describing the traditional act of watching a movie without people acting it out below the screen and throwing trash at each other.

There was just one problem: the customers were all buying tickets to new movies showing at a reasonable hour. That’s when Padis decided he’d bring the show to them.

“I wanted to provide a completely immersive experience from the moment you entered the building,” Padis said. Theater guests were pelted with handfuls of rice in the lobby, and people waiting in line for concessions were encouraged to compete in the fake orgasm contest. The Hot Patooties were willing to do anything to save the Odeon!

“I went to an 8:35 screening of Minari,” said Duluth resident Carl Borgman, who was visiting the theater for the first time since last March. “Right when the movie started, a bunch of nerds in feather boas paraded down the aisle and started yelling at the actors on screen. They dumped my popcorn on my head and called me a slut. It was very upsetting.”

Released in 1975, “The Rocky Horror Picture Show” eventually garnered cult status as the first ever “midnight movie,” so it was only fitting to screen the film at 12:00am, long after the Odeon’s staff was used to being home in bed.

“The movie is only an hour and forty minutes long,” said longtime projectionist and usher Burt Nicolaou. “But with the dance party and the costume contest, it’s about twice that. By the time we’re finished cleaning up the confetti and toilet paper, it’s after 4:00am, so it feels kind of like we hosted the world’s saddest rave.”

In the end, Padis and company may have sped the collapse of Duluth’s oldest business, which is scheduled to be demolished and replaced by one-plus-five condos. But there’s no denying that The Hot Patooties left a lasting mark.

“Oh great,” Nicolaou said. “Someone threw a hotdog and got mustard on the hundred year-old curtain.”