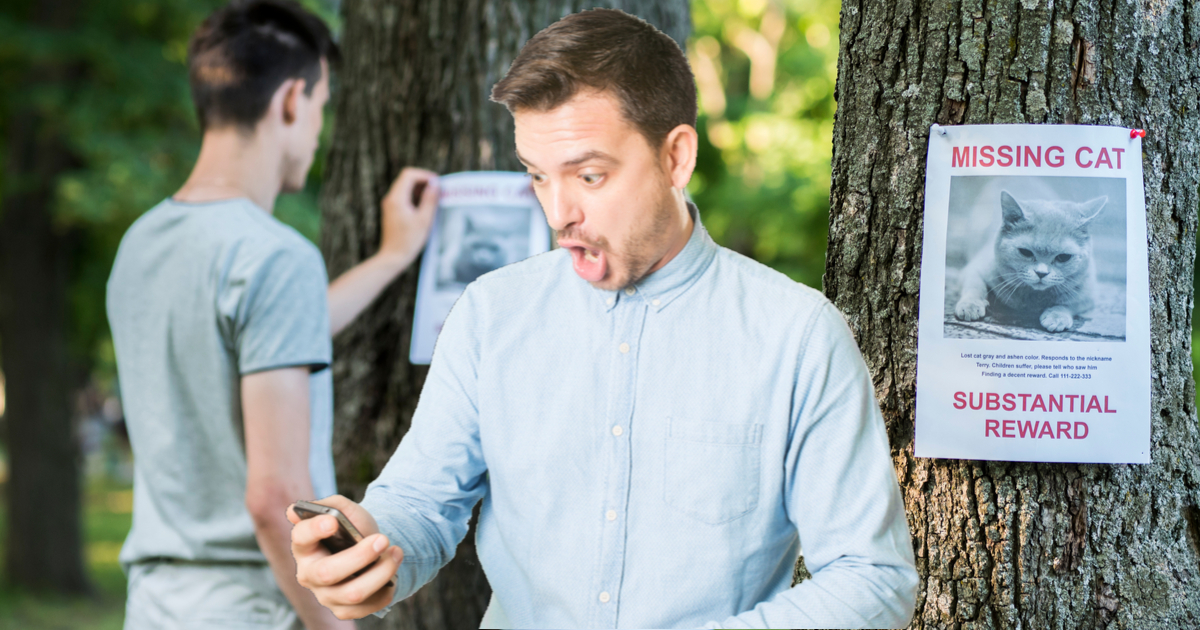 In the grand tradition of using social media to help solve real world problems, when we heard our friend’s cat had gone missing we posted a picture and tweeted: “Twitter, do your thing.” Well, fuck us in our good-deed-doing ass because now we’ve been canceled.

We realized something was going wrong when our picture of Fluffy the Vampire Slayer’s missing poster was quote-tweeted by @HamiltonBae99 who proceeded to attack us for sharing a missing poster for just one cat. The 77-tweet thread went on to explain how, since there were other cats missing in the world too, we should be fired and then die of ebola.

Apparently, this also means we hate the kids kidnapped by Boko Haram.

Retreating from the controversy, we deleted our Twitter account. Unfortunately, a tweet we made about Joe Biden when we were stoned that just read “Boe Jiden” was found by @InTheHeights5Eva and seen as support for Donald Trump and complicity in the rise of Neo-Nazism. Not just in America today, but worldwide and across all of history.