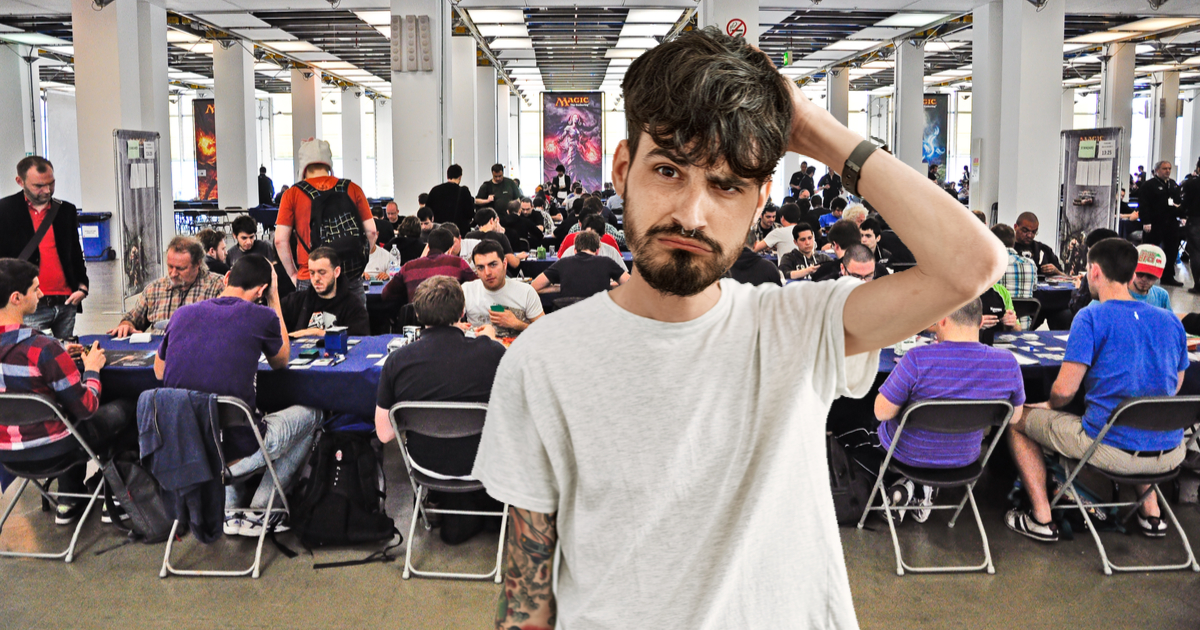 We were stoked when we saw a flyer for a reunion show from our favorite ironycore-turned- sinceritycore band, “Modern Baseball.” We couldn’t believe they were getting back together for a one-time performance starting at noon and lasting however long “seven rounds with a cut to top 8” is.

We were confused at first. Top 8? Are some old Myspace bands reuniting too? But boy did we have egg on our face when we showed up expecting to find a packed hall of unwashed adults wearing glasses and anime shirts, only to find a Magic: the Gathering tournament instead.

Looking back, it was suspicious that the band’s name appeared nowhere on the flyer. But literally everything else about it made us think it was for a Modern Baseball reunion show. First off, it had a picture of a bunch of dorks playing magic. Flyers for Magic tournaments aren’t that on the nose. Second, it was held at a gaming store. A show at a gaming store?! That’s the most “MoBo” shit I’ve ever heard! Plus, they didn’t call it a show on the flyer. They called it a “tournament.” Oh, actually, fuck. That one’s on us.

Anyway, we still had a fun afternoon doing side drafts. While we didn’t get to see Modern Baseball reunite, we did get a picture with four random Magic players who looked exactly like them. Which is perfect since that’s the exact kind of low-stakes, semi-ironic silver lining you could write a MoBo song about.