We Tried to Interview the Declaration of Independence, but It’s Just a Shitty Old Piece of Paper 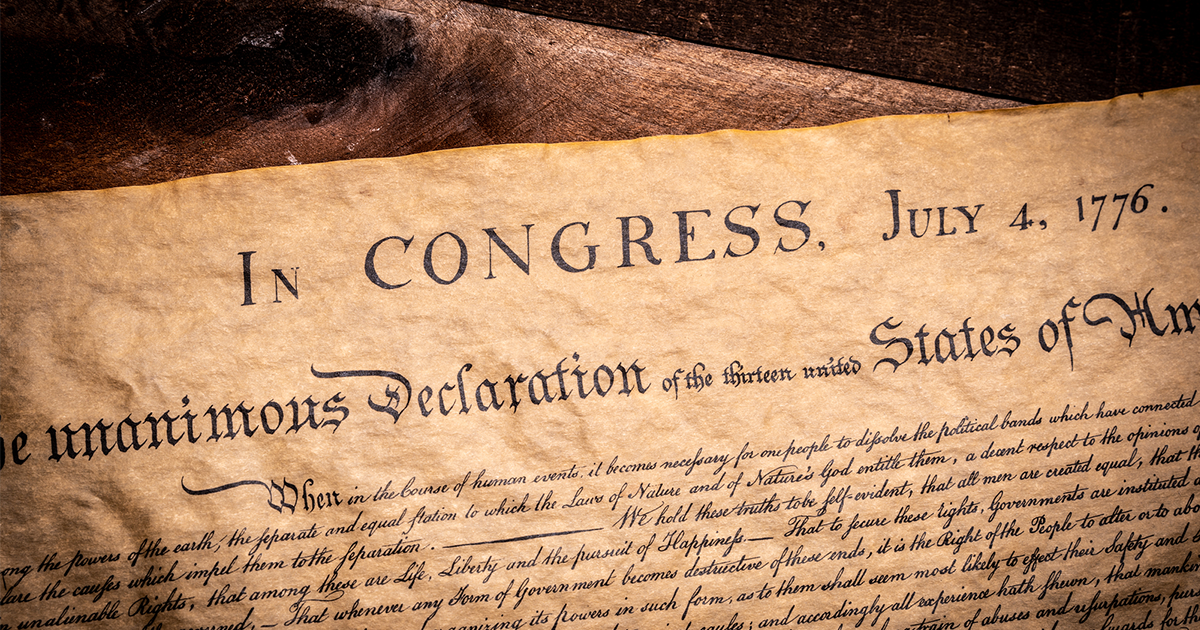 Every 4th of July we reflect on this great nation and our founding principles. These days, it feels like many Americans have lost touch with the tenets of freedom and liberty woven into the DNA of this country. That’s why we tried to sit down for an interview with the Declaration of Independence, until we realized it’s just a shitty old piece of paper.

Hard Times: So nice of you to take the time to sit down with us.

HT: …ummm, Ok, cool. So you’re the founding document of the nation. What does the idea of America mean to you?

HT: There’s a lot of imagery associated with America, like baseball, apple pie, fireworks. Which is your personal favorite?

HT: Jesus fucking Christ, you’re not gonna make this easy, are you? Alright, how about an easy one? Let’s see… oh, here we go. What other truths do you find to be self evident?

DOI: (the backwards, inhuman wails of something not quite of this earth)

HT: Alright, this is starting to get a little weird-

HT: Holy fuck, what is going on?

DOI: I AM THE AVATAR OF ALL THAT WHICH IS UNHOLY!!!

HT: You can actually speak?!

DOI: THE HORRORS CARRIED OUT IN MY NAME ARE INNUMERATE AND UNSPEAKABLE!!!

HT: (screaming over the sound of thunder and wails of the dead) If you were taking a roadtrip across the country, what would be your favorite tourist trap?!

HT: (screaming even louder to compete with the oncoming storm) WHERE’S YOUR FAVORITE PLACE TO GO ON VACATION?!?!

DOI: THE ONLY USE OF NUCLEAR WEAPONRY IN HUMAN HISTORY!!!!!!! YELLOWSTONE.

HT: (almost indecipherable, as thunder morphs into the sound of newborns crying) BOXERS OR BRIEFS?!

DOI: (Vomits blood onto the ceiling, which begins to dissolve and crumble)

HT: WELL THAT’S ABOUT ALL THE TIME WE HAVE.

DOI: (The arms of the countless innocent lives destroyed by the arrogance and greed of this nation emerge from the fanged maw. They grab my sound producer, Chris, and drag him screaming towards an impossible void. He claws at the floor, inching closer to his fate. I do not help him. He submerges slowly into the cursed document, writhing in pain. I watch his eyes go blank before he disappears completely, swallowed by the false promises of our ancestors. The Declaration of Independence belches loudly and unashamedly)

At this point, I determined that the interview was over. I grabbed my things and left just as the sunlight was returning, realizing this had all been a waste of time. That asshole couldn’t give me a straight answer about anything!