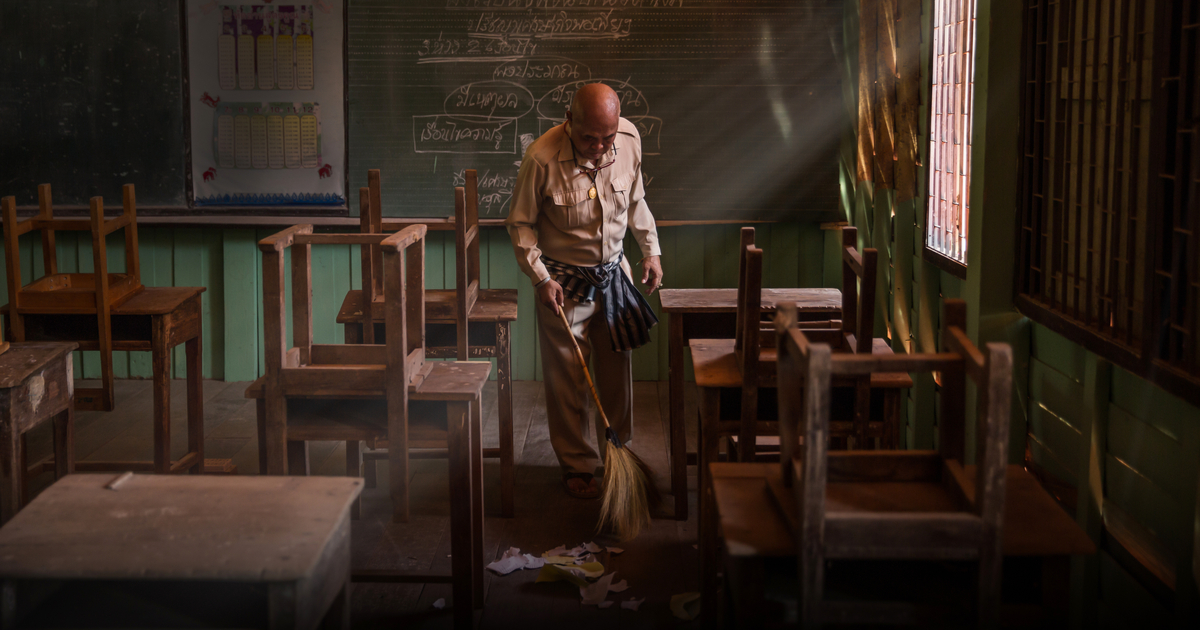 Everyone at my middle school knows the story of “Gus the Gouger,” the creepy old janitor that lures children into the boiler room and gouges out their eyeballs. Well, being the bravest kid in the whole school who didn’t have attentive parents, I went down there to see for myself. Unfortunately, the truth is more bone-chilling terrifying than any of us had imagined.

Turns out Gus, who’s last name is “Perez” and not “the Gouger,” is simply a lonely old man who sleeps in the boiler room because he can’t afford his own place. He’s never even jammed an ice pick in someone’s throat, let alone burn their body to a crisp in the furnace down there. Instead, he plays cards. We talked a bit and he asked me to sit for a few hands. I kept praying he’d drown me in his slop bucket and mop the floors with my blood just to end the awkwardness.

I tried prying some more by asking if he wanted to tuck his genitals between his legs and wear my entrails like jewelry, but his English isn’t great, so instead, he smiled and offered me some water. Terrifyingly, it contained no severed fingers or even human feces. It merely contained a metaphor for how cold the world can be.

He did have a picture of a little girl taped to his wall, which I had hoped was his first victim. But it was his lousy granddaughter. She has a cleft palate and he’s been sending money so she can have surgery.

Jesus Christ, what am I supposed to do with that? I can’t brag to my friends about how I confronted “Gus the Gouger,” who in reality is “Gus: the World’s Greatest Abuelo.”

Sometimes I really wish he had killed me and ripped open my skull with his bare hands like the legend had foretold. At least then I could sleep eternal, instead of lying awake thinking about how I could—but will do nothing to—help this sweet, misunderstood man.