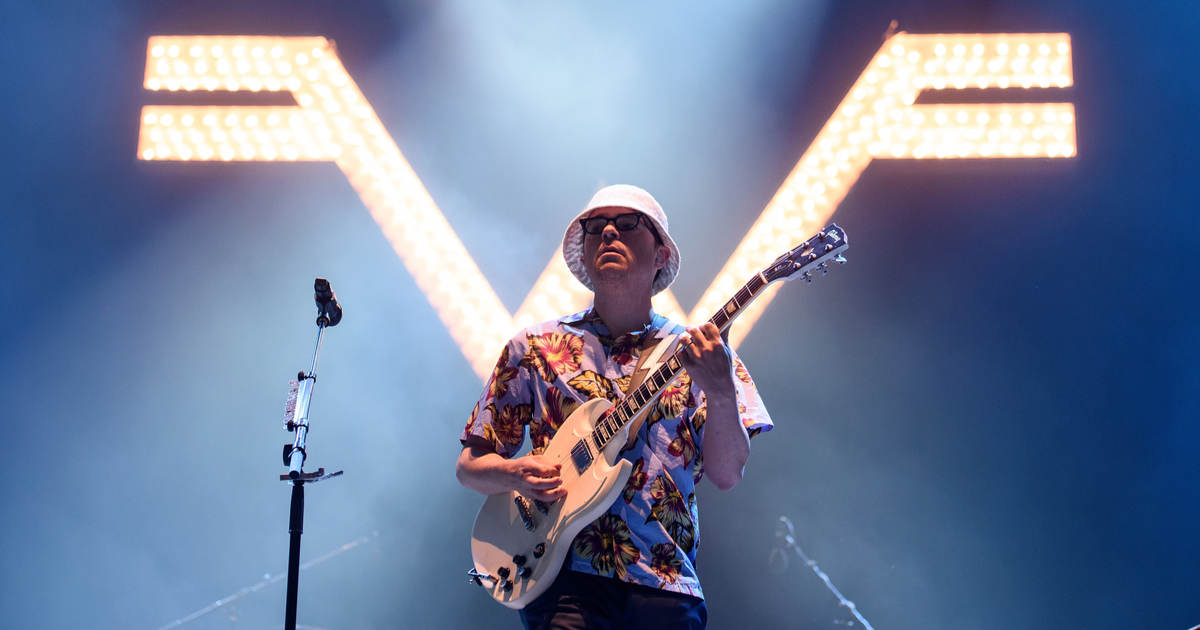 Since the release of their critically acclaimed debut album, Weezer has long-stood as one of the most influential alternative rock bands from 1994 to 1996 and for like a minute in 2001. We met up with frontman Rivers Cuomo and heard all about the band’s upcoming projects and evolving sound. Not because we scheduled an interview with him, but because there were no other available seats in the cafeteria we both happened to be eating at.

Here’s the conversation we were forced to have with Rivers Cuomo because literally every other seat was taken and we accidentally made eye contact so it would have been weird if we left:

Rivers Cuomo: You are! It’s great to meet you guys, thanks so much for having me.

RC: I’m sorry it’s just me today. I called Brian, Scott, and Pat to see if they were free to join, but none of them answered. I thought maybe their phones were dead, but I just saw on Brian’s Instagram story that they’re all at Six Flags right now.

RC: Yeah, I get pretty bad motion sickness but it would have been nice to be invited, at least. But enough about me, you’re probably wondering what’s next for Weezer!

RC: Well, we’re working on a new sound for our next record. I can’t tell you very much but it’s kind of like Yo Gabba Gabba meets The Cure under a highway overpass in the dead of night and they team up to kill God.

RC: You okay? You keep dipping the same fry in ketchup over and over.

HT: Yeah we just have to use the bathroom real quick.

Thankfully, I was able to pull the fire alarm at this point because I didn’t want to hurt Rivers Cuomo’s feelings. Though, looking back, this was arguably one of the more informative interviews we’ve done. He’s super weird though, I’m still glad I bounced.