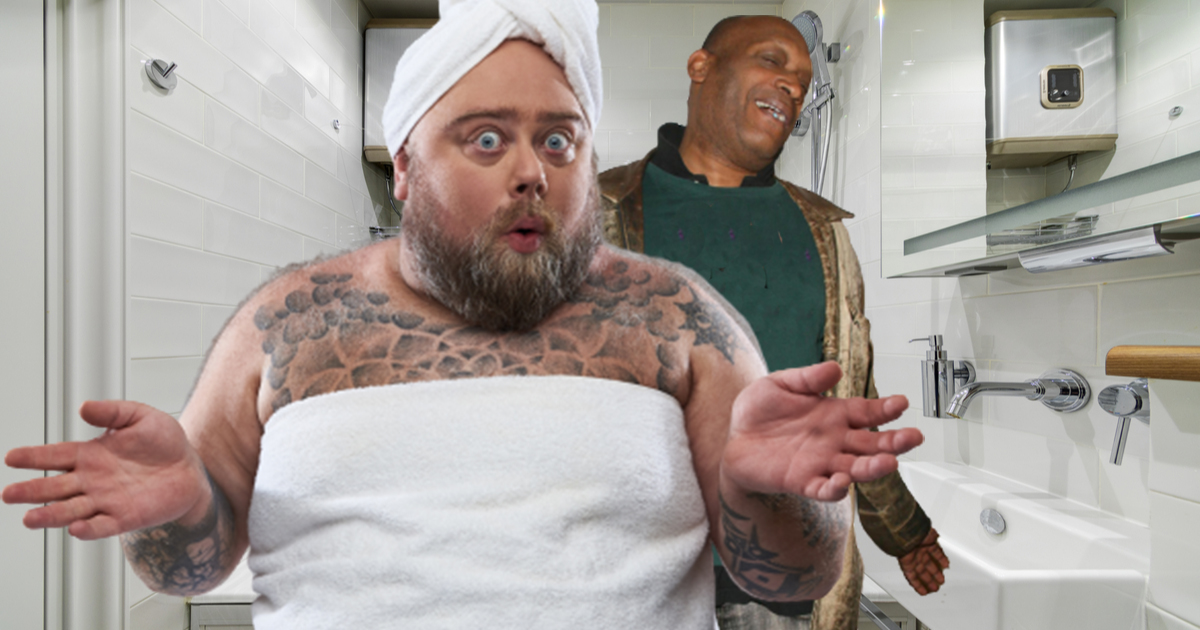 With Halloween right around the corner, The Hard Times decided now would be a fun time to investigate some spooky urban legends, starting with Candyman. Made popular by the ‘90s film series, the legend of Candyman has it that if you say “Candyman” five times into a mirror a horrifying man with a hook for a hand surrounded by bees will appear and murder you.

We were skeptical that anything would happen at all. Imagine our surprise when acclaimed film and television star Tony Todd, star of the Candyman films, materialized into our bathroom! Unfortunately, he was… less than amused.

It’s great that this happened instead of like a for-real Candyman showing up I guess, but Todd really chewed us out. I guess this happens to him a lot at the “worst possible times.” How the fuck were we supposed to know?

The Hard Times: Holy shit, you’re Tony Todd! Did you just like teleport here man?
Tony Todd: Oh what in the fuck, not again! You stupid sons of bitches I’m busy!
Woah, hey calm down man, we didn’t know this would happen!
Oh! Okay! So you said “Candyman” in the mirror 5 times because you thought nothing would happen! Oh that makes so much sense wow, what a valuable use of time, you fucking idiot!
Jeez man sorry! I was just doing research for an article I’m writing!
Let me explain something to you, I’m a working actor, okay? I don’t have time to be wooshed away to… Where are we?
Chicago.
Chicago?! I have an audition in Las Angeles at 9 am, you’re telling me I’m in fucking Chicago?
Well, I mean with the time difference you can maybe still make it…
Fuck you!

After about 20 minutes of pacing around my apartment repeating a bunch of obscenities and insults Mr. Todd calmed down a bit, made a few phone calls, and agreed to an interview provided I get him an uber to O’hare airport.

So, magic exists I guess. That’s pretty wild.
Hmph.
So, were you cast in the film Candyman because of the curse or…
Oh so you don’t think I landed the role because of my acting ability is that it?
Woah, no I didn’t say that! Hey, you were incredible in that movie, it’s one of my favorites!
Hmph.
Okay, we can talk about something else.
I got Candyman because I’m a professional and understood the character. The curse shit didn’t happen until after I booked it, okay?
So like on set?
You know how they used all those bees in the movie?
Yeah! I heard you had it in your contract that you got a $1000 bonus every time you were stung is that true?
You’re damn right I did, and I cleaned house on that deal! I got stung like 100 times! Unfortunately, I didn’t read the fine print. The contract included a public image clause stating that I would inherit the mantle of the Candyman and appear when summoned. I knew I shouldn’t have signed that shit in blood.
Wow. Are you sure you want us to print that? I mean, if more people know about this won’t more people do it?
Oh, I want you to print this alright because there’s something I want people to know.
What’s that?
I’m through half-assing this Candyman shit. Next asshole who summons me is dead-meat. I’m going all in. Hook hand, bees, the whole deal.
Message received. So Tony Todd, where can people see you next?
Oh you can catch me on an upcoming episode of Law & Order. I’ll be playing a retail chain owner with a hook for a hand covered in bees.