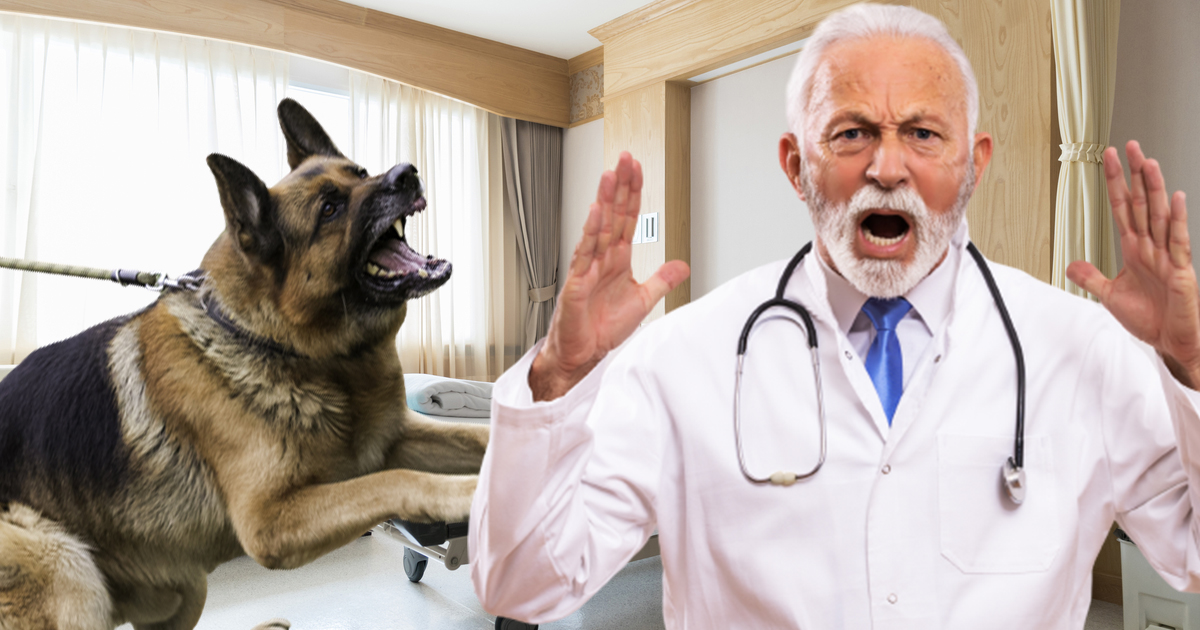 When we saw that this beautiful German Shepherd named Rory was going to be retired by the police department, we wanted to give it a new lease on life. Instead of being used to catch illegal medical marijuana users, we thought it could be successfully turned into one of those dogs with the ability to smell when a person has cancer.

Despite our best efforts, instead of simply detecting cancer, it kept trying to bite the cancer out of the people it diagnosed.

With other dogs, we had been quite successful at teaching them to detect cancer just by sniffing a patient’s urine. Unfortunately, in Rory’s case all we succeeded in doing was changing the trigger smell for the thing he already does. He would take one sniff and then bam! His teeth would head straight for the patient’s crotch.

We consulted an animal behaviors expert, who offered a grim prognosis of Rory’s problem:

“Once police training is learned by any animal, be it a German Shepherd or a white dude who peaked in high school, it’s almost impossible to undo. In most cases it is best to put the animal down.”

Still, we didn’t want to abandon trying to reform Rory. Despite major objections from the oncologist, who insisted the risk-to-reward ratio was “way off here” and that the dog detection thing wasn’t “all that accurate to begin with” we convinced the hospital board to funnel more money into the program.

We thought that if Rory were to undergo some sort of training to get rid of his implicit attack response, then he might be less prone to bite people. So after 4 hours of instruction we let Rory try to sniff out a patient for any number of melanomas. The end result was a man riddled with cancer missing half a face.

Rory’s new job did not pan out the way we had hoped, but our editor has assured us that he’s been relocated to a nice big farm upstate where he can run around and eviscerate mild drug offenders all day long.

Oh. I didn’t say it out loud till now. Damn.